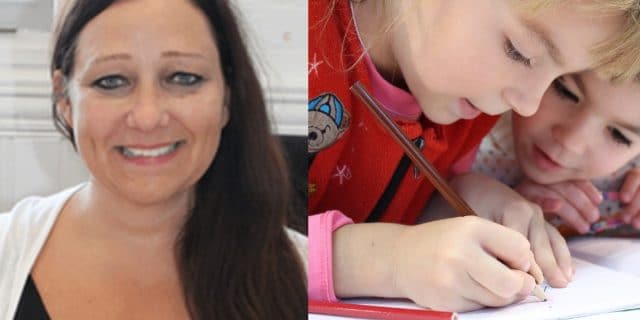 The head teacher of Anderton Park Primary School in Birmingham has said she is receiving threats by phone and email over LGBT+ lessons taking place in the school.

The threatening messages directed to head teacher Sarah Hewitt-Clarkson are being investigated by police, according to BBC News.

Hewitt-Clarkson told the BBC that she feels “a whole variety of emotions” over the protests.

She said she feels “embarrassment for lots of our community and our parents who think this is just awful what’s happening; frustration that it’s going on so long; frustration that great British laws like ‘you can protest peacefully’ actually are causing us a problem.”

Hewitt-Clarkson said the protests are “very loud” and said they are “aggressive.”

The leader of the protests, Shakeel Afsar, has no children at the school, but told the BBC that the school was promoting LGBT+ lifestyles to children.

A counter-protest was also organised, with protesters holding heart-shaped messages with the words “Love is the answer.” Police are investigating after eggs were allegedly thrown at counter-protesters.

Meanwhile, Labour MP Jess Phillips has called for an exclusion zone to be implemented around the school to prevent the protests from continuing.

Hewitt-Clarkson spoke to PinkNews in March and said at the time that the school would “not bow” to demands to stop their LGBT+ inclusive curriculum.

“Equality is a real strength of ours, the children talk about it all the time,” she told PinkNews.

“We want to usualise the language of equality.”

Protesters want primary schools in Birmingham to stop teaching a programme called No Outsiders, developed by Andrew Moffat, which aims to educate children on the Equality Act 2010.

In March, leaflets were handed out by protesters outside the school that said “stop No Outsiders,” however Hewitt-Clarkson’s school does not actually offer the programme. Instead, they weave teaching about the Equality Act into their wider curriculum.

In a video posted to the school’s website in March, Hewitt-Clarkson explained their teaching and the law.

“It is nothing to do with sexual or intimate relationships at all in primary school.”