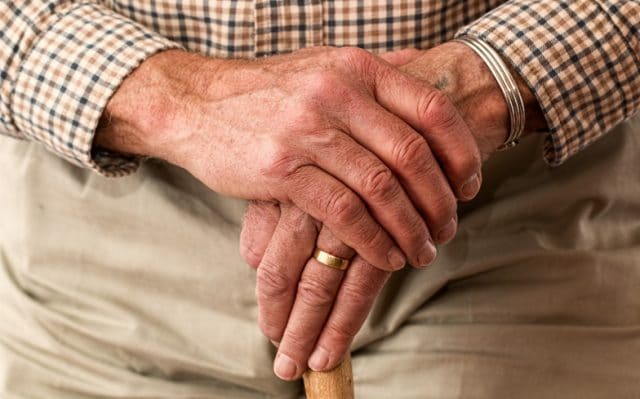 The campaign draws to a close but the legacies of it’s time are still very present. Having reached millions of people in Birmingham and across the UK, Ageing with Pride has played an integral part in providing mainstream representation for older LGBTQ people and the specific needs they have as they get older, to avoid loneliness and isolation. But now that Ageing with Pride has all but gone, it’s time for the community to continue with the commitment of challenging ageism, confronting over 50s isolation, and including all LGBTQ people, regardless of age, in the community in every sense, not just in Birmingham but all over the UK.

“We are overjoyed with the positive responses this campaign has had. From partnerships with organisations such as Proud Baggies – a West Bromwich LGBTQ supporters group – to new friendships created here at Birmingham LGBT Centre. We can really see how successful Ageing with Pride has been. We now just need the community to carry on the good work,” says Rico Johnson-Sinclair, the man behind Ageing with Pride at Birmingham LGBT. “There’s so much more to do! Ageing with Pride has started the conversation; it is now on the shoulders of members of the LGBTQ community here in Birmingham and the businesses that flourish here because of LGBTQ people. If you run a bar, ask yourself, is this place inclusive of older LGBTQ people? If you manage a community group, be concerned about those at risk of isolation within your group. If somebody goes off the radar for a while, call them! There’s so much we can all do.”

By 2020, the amount of people over 65 living in England is projected to be 10,603,000, with 152,600 living in Birmingham. Isolation and loneliness are significant factors in older people all over the world. This is especially present in the LGBTQ community, with a large number of older people losing loved ones in the AIDS crisis, past discrimination making it hard for LGBTQ people to build a future, and a club and events scene being focused on young people. Older people are even reporting discrimination in care services from peers making it harder for LGBTQ people to be out and proud.

Dr. Graham Beard, gay rights activist and former NHS consultant, says: ‘‘Ageing with Pride has shown that we can live full lives and still hold on to the dignity and integrity of which we are rightly proud.”

To help Birmingham LGBT wrap up the campaign in style, you are invited to a screening of a very special film created as part of Ageing with Pride, at the Mockingbird Cinema on Monday 8 July. There will be a panel discussion featuring well-known faces from the campaign, and a chance to socialise with fellow community members. Want to come? Find out more at ageingwithpride.co.uk or email RicoJohnson@blgbt.org

But even as the sun sets on Ageing with Pride, services like Ageing Better, a UK-wide initiative to combat loneliness and isolation in older people, will still thrive. The programme focuses on tackling isolation for those who are over the age of 50 and specific LGBTQ hubs exist to facilitate those specific needs, and makes resources available so that activities can exist within the community that can start to empower over 50s to get involved in the community again. To find out more, visit blgbt.org/ageing-better or contact Maria Hughes directly at MariaHughes@blgbt.org