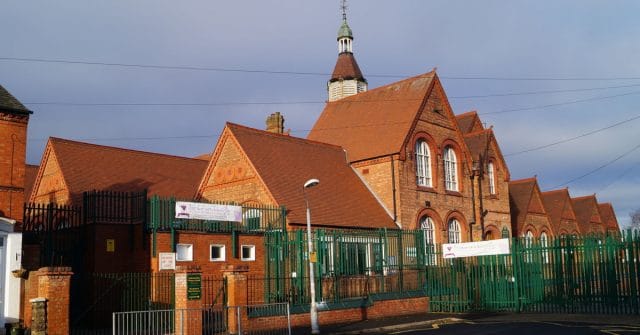 Anderton Park Primary School in Birmingham, the site of parent protests against LGBT-inclusive relationship lessons, will close early this Friday (May 24) due to safety concerns.

Anderton Park is one of several to be targeted by parents and anti-LGBT campaigners who do not want children to learn about same-sex relationships.

After seven weeks of “escalating” protests, Birmingham City Council has learned that a mass demonstration is planned for Friday (May 24) afternoon.

As such, parents were told on Thursday morning (May 23) that the school would close at lunchtime instead of 2.30pm on Friday.

Council leader Ian Ward wrote in an email to councillors and MPs seen by Birmingham Mail: You’re probably already aware that a further (potentially larger) protest is due to take place outside school on Friday afternoon, with organisers urging people to attend from other parts of the country.

“Given the escalating nature of the protests in recent days, it has been agreed the school will close at 12 noon on Friday May 24.”

Ward told the Mail that the “extremely difficult decision” was made with Anderton Park’s headteacher after consultation with local police.

“This decision was not taken lightly but protests outside the school have escalated significantly over the past week and our first priority must always be the safety of pupils, families and staff,” he added.

Protest organiser Shakeel Afsar, who does not have children at the school, has said that he is seeking a peaceful protest and has no plans to bring forward its scheduled start time.

Education Secretary Damian Hinds said it was “unacceptable that children at Anderton Park are missing out on education because of the threat of protests”.

“I support and trust head teachers to make decisions in the interests of their pupils. It is time for these protests to stop,” he told the BBC.

Labour MP Jess Phillips tweeted on Thursday that she would “stand and fight,” labelling the protestors “bullies and bigots.”

Phillips was filmed clashing with Afsar on Monday (May 20) outside of Anderton Primary, which is close to her Birmingham Yardley constituency.

Phillips responds: “I don’t agree with the protest. I don’t agree that you get to pick and choose which equality you can and can’t have.

“What is happening here… the worst thing about it is, it’s damaging the reputation of a peaceful and loving community that I have lived in my entire life.”