Home Gay Life Bisexual man on the run: ‘My father is trying to have me... 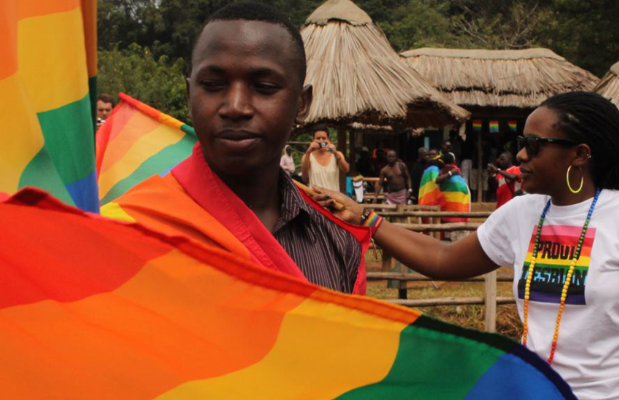 A bisexual man is on the run because he believes his father is trying to have him murdered.

Will, a 32-year-old from Uganda, flew over 7,000 miles to escape his father. His father allegedly believes he is a ‘cursed thing’ that must be wiped off the planet.

His mother has told him his father has said he ‘must never have peace’ as long as he’s alive.

Gay sex is illegal in Uganda. 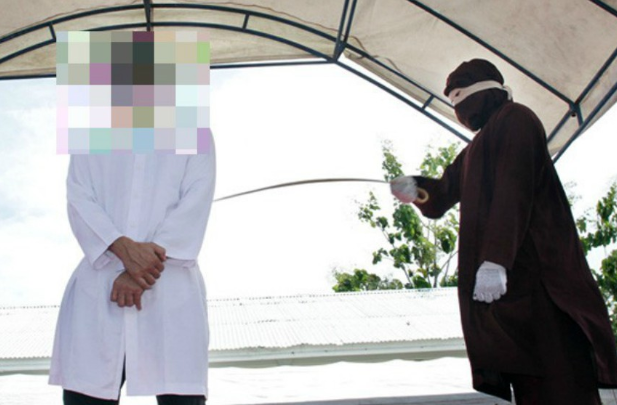 The last time Will saw his father was when he was 17.

He was at boarding school. He met a male student, a prefect, and they got on very well. Will felt looked after by the older student.

One night, in his dormitory, the prefect kissed him.

‘It felt like an opening,’ Will remembers to Gay Star News. ‘I was attracted to him.’

Seven months into the relationship, another boy caught the couple having sex. They were immediately taken to the teachers’ office.

‘They caned each of us 30 strokes that very night,’ Will said. ‘We were expelled. Before the expulsion, they paraded us in front of the entire student body during an assembly. We were a warning to the other students. The teachers told everyone we were being expelled for being gay.’

Will’s father came to pick him up. The look on his face was one of disgust, anger and disappointment.

‘He really beat me so bad,’ Will said. ‘He pushed me and I fell down a flight of stairs.

‘The right side of my face hit a table leg. It was a really terrifying moment. It was my mom that came to the rescue. She was disappointed [in me], but she’s also a mother. She rushed me off to the hospital. They stitched me up. I still have a scar on my face. When I look at it, it brings that horrible moment back.’

Will’s father practically disowned him that day. ‘I wasn’t his child anymore,’ he said.

Will doesn’t know if he survived.

Will’s mother home-schooled him, hiring tutors to keep his education going. His father complained, asking why she was wasting money on a ‘cursed thing’. 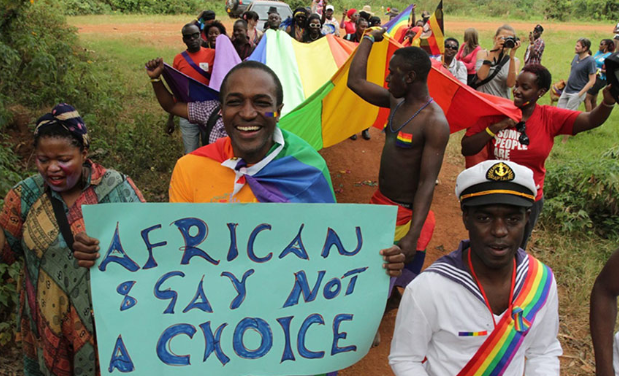 Thankfully, he was able to graduate to higher education.

But he met another man, another partner, called Richard. Because they thought they had so much freedom, they were 18 now, they got lazy. When revising their notes in an empty lecture hall, they got intimate. A lecturer caught them kissing.

The two were then expelled immediately.

Around the same time, Will was also arrested after going to an underground gay club. The police raided the event, arrested 30 including Will, and then beat them up.

When his mother came to bail him out after three days, she was convinced he had to be ‘cured’ of his ‘sickness’.

‘She told me this is the devil at work in your life,’ Will said.

Will was taken to a pastor, who performed ‘exorcisms’ on him to ‘cure’ him of being bisexual. He was also told he had to fast. He was only allowed a piece of fruit and a small cake to keep him going every single day. Will was stuck in isolation, constantly prayed over, and losing an unhealthy amount of weight.

The fast and ‘therapy’ went on for four years. He very nearly died.

Getting ‘hunted’ for being bisexual after arranged marriage

His mother ‘woke up’, afraid she was losing her son, and said it was time to end the brainwashing torture. Her brother, Will’s uncle, arranged a marriage for him.

After only four dates, Will married his wife in November 2011. He was attracted to her and the couple now have two small children.

In May 2012, his uncle got him a government job in preventing infectious diseases. His job involved talking to young people about HIV.

On one trip to a small village two and a half hours away, military men manhandled him and arrested him.

‘They claimed I was recruiting young boys to homosexuality,’ he said.

He was forced to sign a document ‘confessing’ to being a gay man.

‘My life flashed before me. This is the end of me. I’m done. I’m going to prison. These guys are going to torture and kill me.’

His supervisor sympathised with his plight. Paying the one million shillings ($265, €230) bail, the supervisor allowed him to take ‘paternity leave’.

Will stayed in his home, on self-imposed house arrest, terrified.

It was only later that he was told the men may have been sent to arrest him by his father. 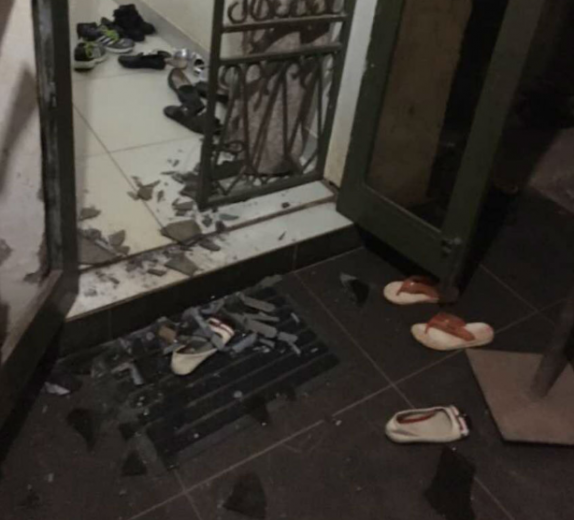 His supervisor then arranged a flight for him to Buffalo, New York.

His wife had believed he was going back to traveling around Uganda for work after spending time looking after the kids.

But Will’s true plan was to go to Buffalo, and then get a bus to Niagara Falls. From there, he would go to the Canadian border and then declare himself to the authorities.

His plan worked. He was able to go and stay at his sister’s house in Toronto. From there, he begun the asylum process.

His wife was getting worried. It has been many months since he last saw her and the kids. She also had no idea about her estranged husband’s bisexuality or past.

And then her house was raided.

‘She sent me images of the house,’ Will said. ‘The glass was shattered. Everything of mine, my documents, had gone.’

Fearing for his family’s safety, Will finally told her the truth. He was in Canada, he was bisexual, and the authorities were looking for him because of his sexuality.

The two didn’t speak for months due to his wife’s feeling of anger and betrayal. After another raid, his wife took the kids to stay with Will’s mother.

His mother told her that being bisexual was a ‘phase’, but his wife knew better. Unbeknownst to Will, his wife had a lesbian friend and knew far more about LGBTI people than Will first thought.

‘She told me the worst thing I did was lie to her and not tell her the honest truth,’ Will said.

Will is now in Canada, going through the asylum process. He’s being supported by an asylum organization, a LGBTI group, and his church.

His wife and kids are staying with his mother. But his father is still out there. Will believes he wants him dead.

‘My mom told me, “your father has friends high up in government. The day he found out you sleep with men, he wanted you gone. He’s like a mad man that’s willing to do anything to get rid of you off the face of the earth”.’

She said his father viewed him as a ‘disgrace’.

‘I don’t know why it’s so hard for him to accept the fact I’m a bisexual man and I’m interested in men,’ Will said.

‘Move on with your life. Let me live my life. I’m not hurting you. I’m not even in the country.’

Gay Star News was unable to speak to Will’s father or mother to verify this report. Will has sent us images that contribute to the story’s authenticity. Names and locations have been removed or changed due to safety concerns.