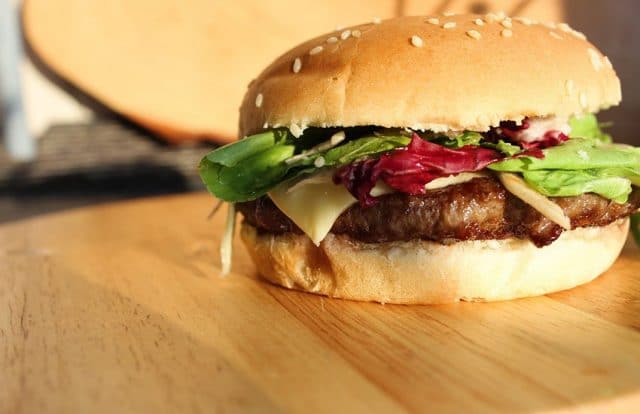 Eating too much fast food and not sleeping enough turns you gay, a study claims.

The study, titled Modern Diet and Stress cause Homosexuality: A hypothesis and a potential therapy, was published by Rita Strakosha who holds an MPS in Clinical Psychology.

It is self-published and not peer-reviewed.

In her study, Strakosha claims homosexuality and being transgender is caused by our modern diets, mainly the availability and consumption of fast food.

The LGBTI community, she says, has a higher numbers of people living with eating disordered, which ‘usually involve eating large amounts of high glycemic index foods and fat, or eating an imbalanced diet, leaning toward carbohydrates’.

‘Some studies show an increased rate of obesity among homosexuals,’ Strakosha claims.

In the past, she says, high-calorie diets and alcohol were mainly available to social elites, where homosexuality was also more prevalent.

Strakosha directly then ties homosexuality to fats, sugars, and alcohol and claims cutting them out could ‘decrease and… prevent the return of homosexual attractions’.

It would do so by helping to restore a natural sleep pattern.
Sleep deprivation and stress contribue to homosexuality, Strakosha claims.

People who want to ‘stay straight’ should ‘steer clear of food that can be disruptive right before sleep, like heavy or rich foods, fatty or fried meals, spicy dishes, citrus fruits and carbonated drinks’.
Strakosha also – in line with the National Sleep Foundation – recommends getting enough natural light, exercising, and to not nap for more than 30 minutes.

Until here, it all sounds fairly harmless, if a little bizarre.
However, Strakosha then recommends to ‘manage interpersonal conflicts and other sources of emotional stress through different therapies, including cognitive and behavioral therapy’.

While not directly advertising ‘gay cure’ or conversion therapy, also referred to as ‘reparational therapy’, she makes a point to seek therapy for your sexual orientation.

Homosexuality is nothing that can or needs to be ‘cured’ through therapy.

Conversion therapy is dangerous and potentially deadly, and has been discredited by every major public health organization.

During this period there would be something called stimulus extinction.

‘Upon re-wakening of sexual interest, the response to the previous sexual stimuli will not restart at once and at the same level as previously,’ Strakosha says.

‘Time would be needed to achieve the same level as before hibernation.

‘Discontinuation of hibernation would be an opportune time for sexual orientation change.’

It bears repeating: homosexuality is not a disease or an illness that can – or has to be – be cured.

And if there is any doubt about Strakosha talking about a form of conversion therapy, the last two paragraphs will eradicate it all.

‘Rewarding heterosexual attractions and ignoring homosexual ones, would help shift the sexual orientation toward the heterosexual end of the Kinsey Scale,’ she writes.

‘Since sexual energy would have an outlet to express itself (heterosexual behavior), there would be no negative consequences for the mental health of the homosexual.

‘Persons with a longer history of homosexual attractions and those with stronger prenatal or genetic factors would have more difficulty in achieving benefits from this therapy.’