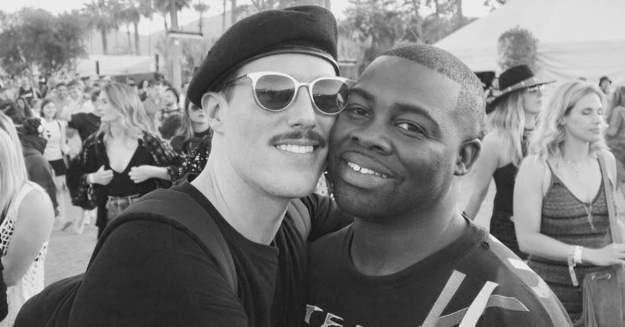 The two singers met in March of 2015. They’ve then had a stable relationship that has led to this happy matrimony.

Specifically, the two got married in Joshua Tree, California yesterday, September 21, with friends and family joining them.

In fact, several singers were either there for the wedding or wished them the best of luck and love through social media.

MASSIVE CONGRATS to @samsparro and @knightsofzion on their wedding! I wish so badly I could be there to celebrate. You are two of the most kind, hilarious and creative people I know and I’m so happy you found each other. I love you and God Bless You!! ??

Sparro, who is most known for his 2008 song “Black And Gold,” has many things to celebrate. Not only is he now married, but he told News.com.au that he’s also working on his third album.

“It’s like a love letter to my childhood,” he said in the interview. “It’s made for people to dance to. This album is about being in love, about people coming together. Despite all the horrible things that are happening right now there are so many things to celebrate and life is amazing, so I’m writing about love and unity as an act of resistance.”

Sparro also shared that he’ll be distributing the album independently.

“It’s actually been more lucrative and I’ve had way more peace and happiness in my life since not having to deal with a major label.”

Sparro also commented on the culture of streaming music instead of listening on records or cassettes.

“As culture and music unfolds, I’m still trying to figure it all out, as everyone else is. It’s so saturated now. Which is good and bad. Growing up in a time where there was really big superstars that everybody in the family listened to Michael Jackson, or at least in my house they did, music was more intergenerational. The way people consume music now is very individual and personal, they have their own headphones on. There’s less common ground but in a weird way, but also more individuality.”

We would like to say congratulations to the happy couple and best of luck to Sparro with his new album.