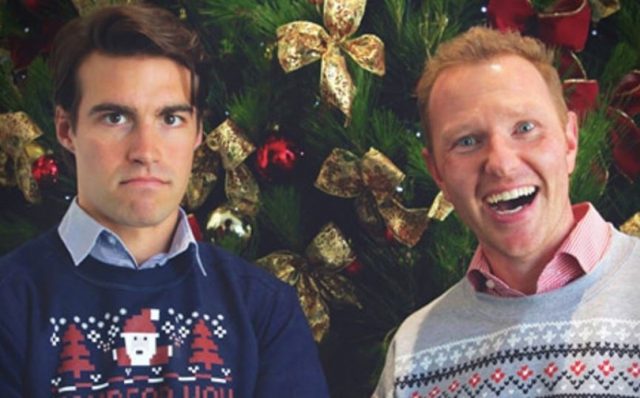 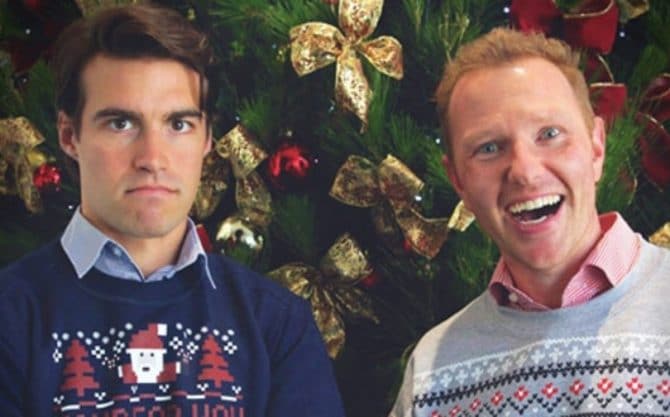 Well, this is awkward.

Gay Facebook users in Australia recently found themselves targeted with a sponsored post from the Australian Red Cross Blood Service featuring a gay couple and asking for blood donations.

The Facebook ad, which depicted two men in Christmas sweaters, said: “Whether or not you’re celebrating Christmas in July, you can give a lifesaving gift any time, because the need for blood doesn’t take a break.”

There’s just one teensy tiny problem: Currently in Australia, just like in the United States, gay and bisexual men are not allowed to donate blood if they’ve had any man-on-man sex in the last 12 months.

“The gay couple featured in this ad aren’t allowed to give blood,” one person commented on the post.

“What a slap in the face of gay men everywhere by using an image suggestive of a gay couple only so we can be told we are ineligible,” another added.

“I’m too gay to donate unfortunately,” a third person said. “Otherwise I would’ve done so regularly.”

The person continued: “Even if I am in a monogamous relationship with a fellow HIV negative man and both on PrEP we still can’t donate. Let’s not pretend that 12 months abstinence isn’t homophobic here.”

But the comments didn’t stop there.

Another person quipped: “My blood is not acceptable enough, even though you clearly want and need more.”

“I have been with my partner for 6 years, we’re both perfectly healthy,” someone else said, “but due to your rules, we can’t save a life this way.”

The post received over 300 comments, eventually prompting moderators to respond by saying, “Facebook currently does not allow us to exclude specific groups from our advertising.”

Of course, that doesn’t explain why the ad showed a gay couple, who would be ineligible to donate blood, unless, of course, they were in a completely sexless relationship together.

When pressed about this, a spokesperson for the Australian Red Cross Blood Service implied the two men might not be a couple but were instead “former employees.”