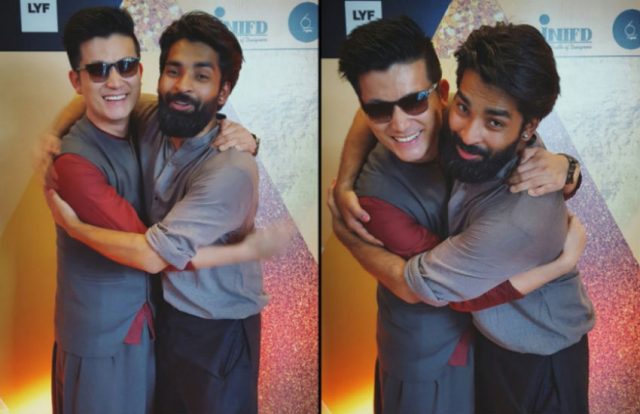 ‘In the real world, gay men come in all sizes, shapes and types, just like anybody else.’

Bollywood actor, Meiyang Chang, has called for a more dignified portrayal of gay characters in the industry.

Chang is an Indian actor of Chinese descent, a television host and singer, and plays a gay character in a new web series called “Untag.”

What’s your first impression of Nishchay! Describe him in 4 words, without using any of these tags. Tweet with #UntagIn4Words @Moto_IND pic.twitter.com/FBY4XLfJtc

On playing a gay character, Chang said: ‘My primary concern was not to be the stereotypical, caricaturist character that our

Bollywood films of the 90s have done to death.

‘It has created a very incorrect perception of the gay community,’ he said.

Untag is a six-part series, delving into the lives of everyday people in India.

It revolves around losing the tags, the hate, the labels, the fear and most importantly, the shame as it sends a message to be better than the tag you’ve been given.

Chang plays the character of Nischay Barbara, a gay man coming to terms with his sexuality and how he should act in public.

How many times has someone told you how to act? It's time to untag yourself. Watch Moto Z presents #Untag, starting 4th January. @Moto_Ind pic.twitter.com/9NRODWi952

Chang said: ‘In the real world, gay men come in all sizes, shapes and types, just like anybody else.’

He believes Hollywood has handled the portrayal of gay characters with ‘dignity’ and would like to see Bollywood follow suit.

The Bollywood actor often speaks out against injustices, including LGBTI rights, women’s rights and racism.