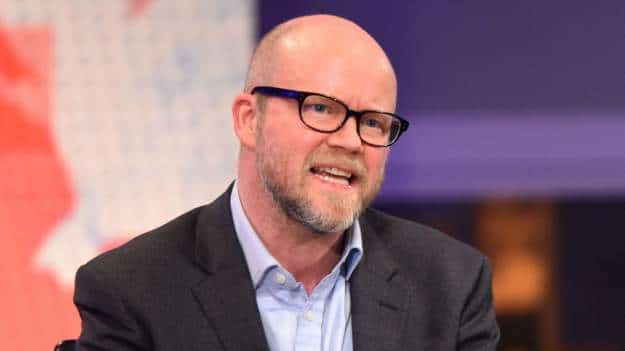 British politician Boris Johnson is defending a government regulator appointee who has a history of making controversial comments. This same guy was also a judge on a popular cooking show here in the states as well.

The UK government this week appointed right-wing spectator columnist and conservative supporter Toby Young to the board of the new Office for Students, which will be handed vast powers to regulate and punish universities. Toby was also a judge on the Emmy-award winning Top Chef for seasons 5 and 6 before getting the boot and being replaced by Eric Ripert.

His appointment has riled student activists, who also question his lack of representation for student advocates on the new body.

Toby is also known for his controversial comments. Here are just a couple of the things he said. He referred to George Clooney as ‘queer as a coot’, called a man ‘penis breath’ and wrote a column about how he dressed up as a woman to infiltrate lesbian bars and meeting ‘hardcore dykes.’

This has led to calls for Toby being sacked.

Boris has responded to these claims, tweeting today “Ridiculous outcry over Toby Young. He will bring independence, rigour and caustic wit. Ideal man for job.”

Boris and Toby both have a history with one another, as the former of the two was the editor for Spectator Magazine, for which the latter wrote. So that could be a reason for him defending.

Would you want someone like this running operations in government, or are people taking his comments/humor completely out of proportion?