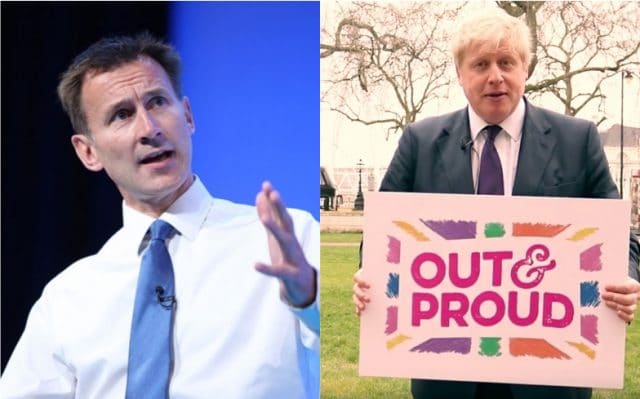 Both of the candidates to become the Prime Minister have ruled out legalising same-sex marriage and abortions in Northern Ireland if they win, saying such legislation is a ‘devolved matter.’

At a leadership hustings event in Belfast, The Independent reported Boris Johnson as saying: “This is for the people of Northern Ireland and their politicians.”

Meanwhile, Foreign Secretary, Jeremy Hunt, said: “This is a devolved matter and I think the best way to resolve this is to get the assembly back up and running.”

He added: “These are deeply personal issues. If I was Northern Irish, I would want the law changed in both of those areas.”

Speaking to Gay Star News, the UK government also defended the failure to pass equal marriage in Northern Ireland, despite attempts in both the House of Commons and the House of Lords.

“We are proud that we introduced marriage for same-sex couples [in England, Wales and Scotland],” said a spokesperson. “It is right that they are finally able to celebrate their relationship in the way other couples have done for centuries.

“We are clear that we want to see marriage for same-sex couples extended to Northern Ireland, however, this is a devolved matter and therefore an issue for Northern Ireland to decide.” 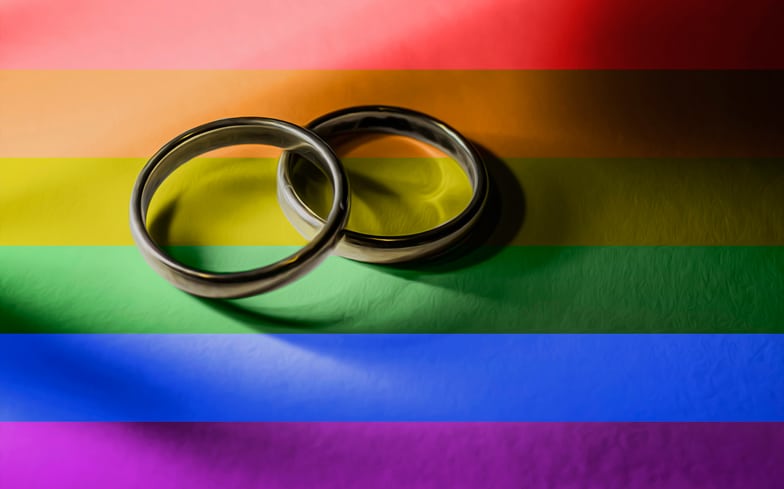 Northern Ireland is the only part of the United Kingdom that doesn’t have same-sex marriage. However, research, which was funded by the Economic and Social Research Council and published by Queen’s University Belfast, found that most in the country support equal marriage.

The study found that overall, 63% of respondents were in favour of introducing marriage for same-sex couples. This fell to 50.5% for Protestants, but rose to 75% among Catholics.

“There is a majority support in the population as a whole and a bare concurrent majority among Catholic and Protestant communities for the introduction of same-sex marriage,” the report reads.

On other LGBTQ issues, talk from the leadership hopefuls has been better, with both backing LGBTQ-inclusive relationship education in schools.

Johnson added: “Schools should be asked to reflect the world as it is and, to be reasonable, that’s the way things are now.”