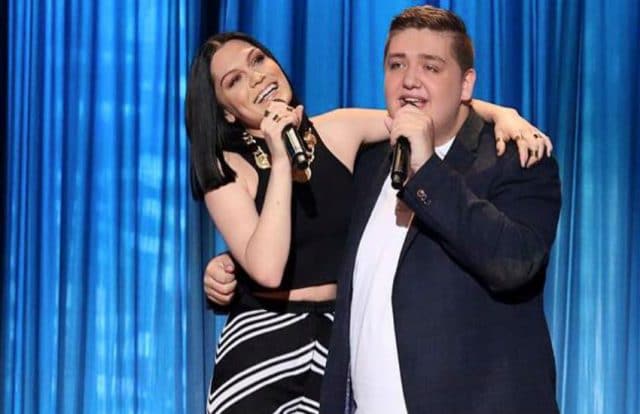 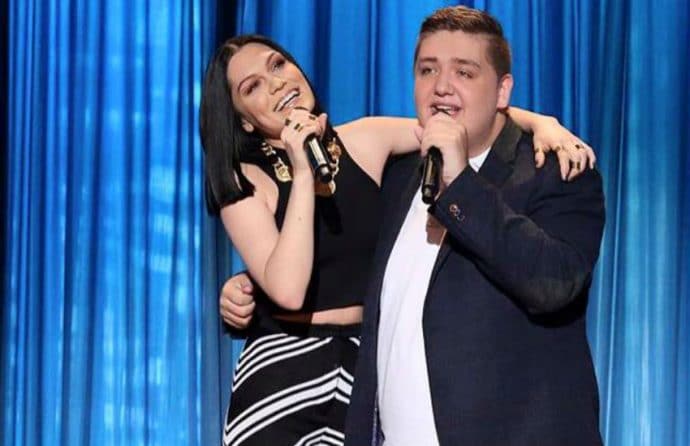 Tom Bleasby got his big break after he recorded a duet with pop superstar, Jessie J.

Since then, he’s appeared on the Ellen Degeneres show and the UK X Factor, as well as opened for Jason Derulo.

But there’s one thing he’s never mentioned publicly – he’s gay.
Although he admits the ‘public certainly guessed,’ he addressed his sexuality on the Scott McGlynn Show.

He talks about his decision to not talk about his sexuality while on the X Factor, as well as homophobic abuse he’s suffered while on stage.

Gay Star News sat down with Tom Bleasby to talk boys, pop music and coming out while in the spotlight.

Can you outline how you came to do the viral duet with Jessie J and the reaction from it afterwards?

It was so fantastic and unexpected.

Whilst at university in London, I wanted to sing privately in my own space and came across an app called ‘Sing!’ by Smule. It allows you to duet with anyone all over the world, and create high quality recordings.

One night, I realized Jessie J was on there promoting her latest single at the time, which was called Flashlight.

I didn’t know the song but joined anyway. A day or two later, I uploaded it to Facebook for family and friends to see… and out of nowhere it was getting millions of views.

It all happened so quick. 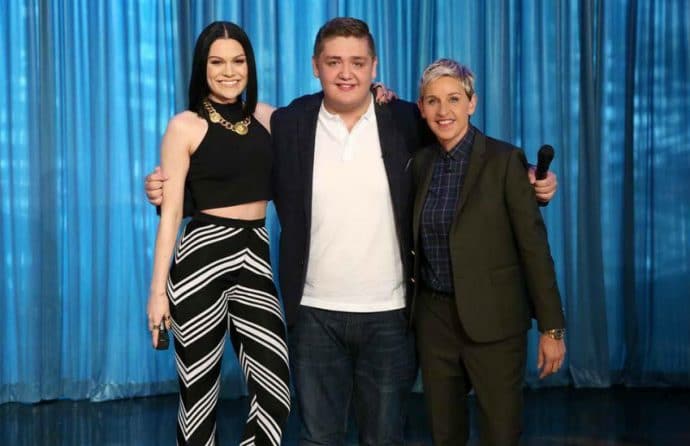 Before I knew it I was on the X Factor stage and the Ellen Degeneres Show. All because of Jessie J and Smule.

You appeared on X Factor but dropped out citing personal reasons, can you describe your decision behind this?

I used ‘personal reasons’ as it was a broad enough reason for leaving.

At the time I was extremely stressed and tired with too much going on at once.

Within the space of two weeks, I’d flown to LA twice, once for the

LA Music Awards and secondly for the Ellen Show.
Whilst in between also doing my filming commitments for the X

Factor in London, it all felt too much.

The press weren’t particularly kind to me, and I seemed to divide public opinion as Simon Cowell liked to remind me every time.

I felt I needed to go and give my place to somebody who had their head 100% in the game.

Life went back to normal a little bit.

I gigged a lot, became a more experienced musician. 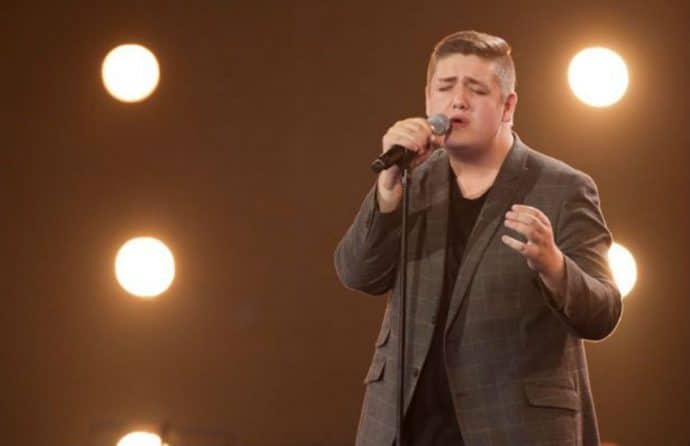 I opened for Jason Derulo in San Francisco, which was insanely fun. He’s so gorgeous!

I was also invited to Las Vegas to meet my idol, Celine Dion before her show at Caesars Palace. That was a huge dream come true for me.

People still recognize me from X Factor, and I’m not ashamed of it. Nor do I have any regrets, it was a big part of my journey.

You decided to publicly come out via Scott McGlynn’s show, why? And why now?

I don’t know if I decided to publicly come out on his show. I’m certain people already knew or had guessed.

Nobody spoke about it on X Factor, although I know the public certainly guessed.

I don’t mind people not liking my singing, that’s a matter of taste… but to be downright homophobic is unacceptable.

Scott and I just openly talked about it, it was very liberating as I’ve never discussed it in public. Well, I’ve never felt the need to.

Did you come out privately to friends and family before this? How did they react?

My experience as a young gay man was different to everybody else that I know. I don’t recall ever having to come out to anyone. People just knew and it made life so much easier.

The whole anxiety and stress about having to announce it to people would have been hard for me.

Thankfully I have a wonderful family who support me regardless of my sexuality.

You’ve described homophobic abuse on stage while you’ve been performing, can you outline this?

Since I left X Factor, I’ve been gigging a lot, and sometimes (as any up-and-coming singer-songwriter will tell you) in some less than ideal places.

These places have all sorts of characters, and some who don’t react kindly to an openly gay man performing on stage. 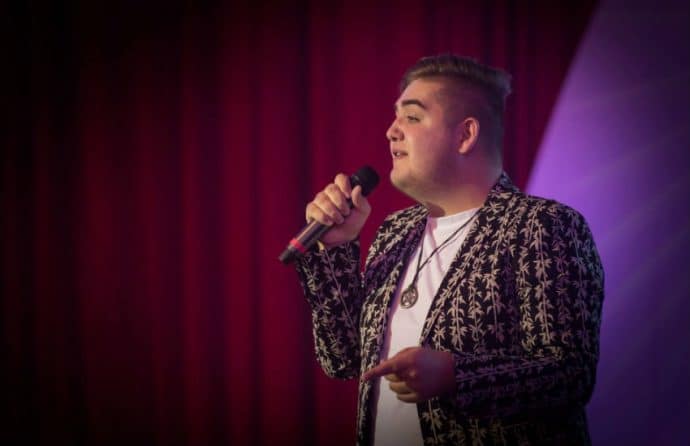 I’ve been hurled abuse, called a faggot, queer and fat drag queen (even though I’ve never done drag in my life).

It really hurt and it knocks your confidence a lot.

I try to be the bigger person and carry on, but it hurts to think we still live in a world where being gay is such a bad thing to many people.

There were many times where I’d even questioned if I wanted to carry on, asking myself it is worth it. But I carry on, because my love of music is stronger than any bigot I’ve sang for.

What message do you want to send to people who might be reluctant about coming out on reality television shows?

When you’re in the limelight and exposed, you will get hateful messages even if you’re not LGBTI. There’s always someone out there wanting to bring you down.

Be who you are, be comfortable in yourself and it doesn’t have to be an issue. Let your talent speak for itself.

What’s next for you? Are you seeing anyone?

Releasing my debut EP later this year, two singles are already out. Half of Me and Where is the Love all available now. 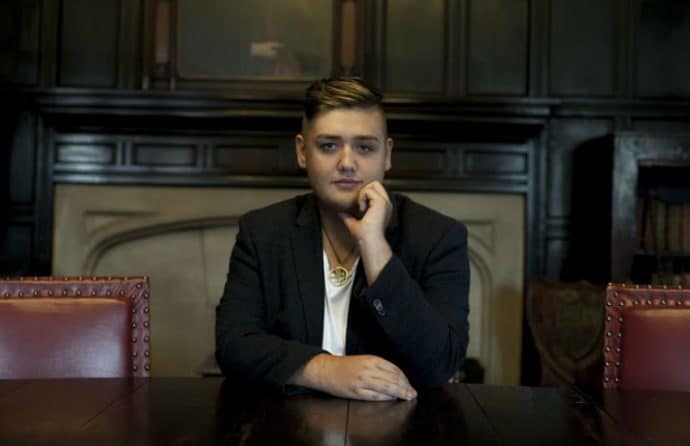 I’m struggling at the moment with dating, it’s very hard as a gay man, but also a larger framed gay man.

It seems that if you don’t have the body of Channing Tatum or the sass of RuPaul, you don’t really fit in.

I’m convinced there’s someone out there for everybody and I think my match is just hiding in the Bolivian Rainforest.