Home Gay Life Boyfriend Mourns Loss Of His ‘Soulmate’ After Learning He Was Among Victims... 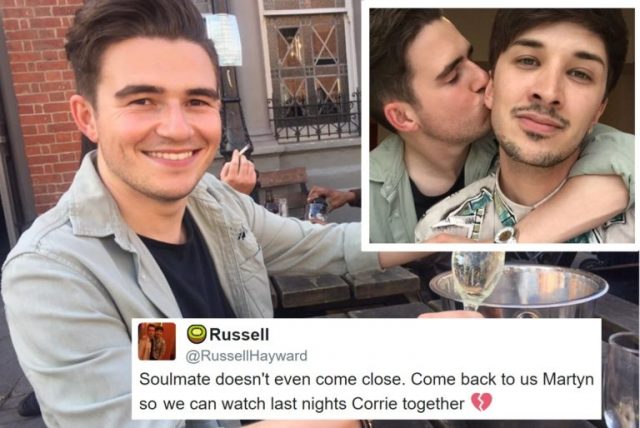 Manchester Police have confirmed that 29-year-old Martyn Hett is the 10th named victim of the Manchester bombing.

Hett, a gay journalist and PR manager, went missing Monday night (21 May) after a suicide bomber targeted concertgoers who were leaving the Manchester Arena moments after the Ariana Grande concert had concluded. The blast killed 22 people, including an eight-year-old girl, and injured 59.

His heartbroken boyfriend, Russell Hayward, tweeted the news this morning: “We got the news last night that our wonderful, iconic and beautiful Martyn didn’t survive.’

“He left the world exactly how he lived, centre of attention. I’m in a really bad way so please forgive if I don’t reply,” he tweeted. “Thankfully I have his wonderful and amazing friends to keep each other strong. I love you Martyn. I always will.”

Russell also tweeted a picture of the two of them, asking Martyn to “come back to us… so we can watch last nights Corrie together.”

Soulmate doesn't even come close. Come back to us Martyn so we can watch last nights Corrie together ? pic.twitter.com/cXbehUgoxc

Friends and family took to social media to locate Hett after he went missing Monday night.

my brother @martynhett was at the #manchester arena last night and hasn't checked in. if anyone has seen him in any way *please* contact me pic.twitter.com/Gu5w7cjyF0

they found my brother last night. we are heartbroken.

Martyn, a former Attitude contributor who had appeared on television shows including Come Dine With Me and Tattoo Fixers, had attended Monday’s concert with a friend, Stuart Aspinall, but became became separated from him towards the end of the show.

Martyn was a brilliant, witty friend of Attitude who had previously shared his infectious humour by writing several pieces for us. We share everybody’s shock and sorrow at news of his passing and would like to extend our deepest sympathies to his loved ones at this time.

The last thing Martyn tweeted was a joke about how everyone decided to take a toilet break at the same time during the concert.

Nick Gayer
0
The Democrats have tried to bill themselves as a party of inclusion, and fierce defenders of LGBT rights. But apparently none of that applies to... 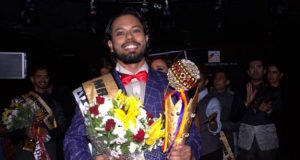 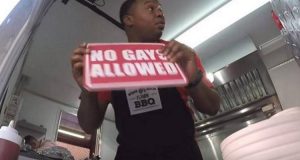