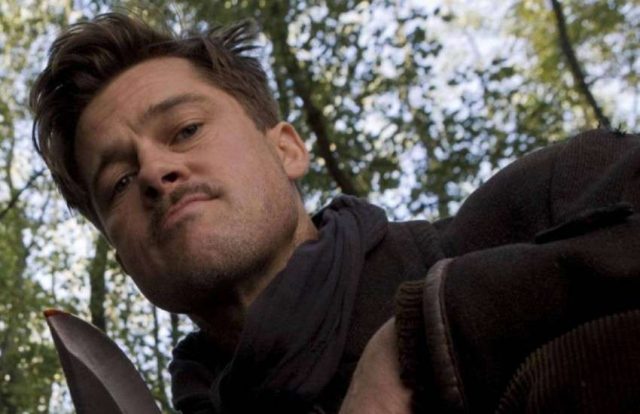 American actor Brad Pitt has weighed in on the conversation about Straight Pride, a parade a group of men is trying to organize in Boston.

The website run by straight group was using the Inglorious Basterds star’s name and image without his consent.

The organization ‘on behalf of the straight community,’ called Pitt its mascot for the agenda.

‘Congratulations to Mr. Pitt for being the face of this important civil rights movement,’ its site reads.

According to The Hollywood Reporter, the Fight Club actor asked for his image to be removed.

‘We are disappointed that the [Mayor Boston Martin J.] Walsh administration has chosen hate and discrimination,’ a blog post from 20 April reads.

‘Therefore, we have decided to launch a campaign to educate the public, politicians, and civil servants about the straight community and the unique problems we face.

They added: ‘We have determined that a parade would be the best way to promote our community and its diverse history, culture, and identity.’

The group claim they have received permits to go ahead with the event.

However, city officials have since clarified that they haven’t greenlit the event, according to CBS Boston.

Avengers’ Chris Evans also criticized the event in a series of tweets posted on 5 June.

‘Wow! Cool initiative, fellas!! Just a thought, instead of ‘Straight Pride’ parade, how about this: The ‘desperately trying to bury our own gay thoughts by being homophobic because no one taught us how to access our emotions as children’ parade? Whatta ya think? Too on the nose??’

He furthermore wrote: ‘Wow, the number gay/straight pride parade false equivalencies are disappointing. For those who don’t understand the difference, see below.’

Evans retweeted a post by journalist James Fell about why straight pride is homophobic.

‘Instead of going immediately to anger(which is actually just fear of what you don’t understand)take a moment to search for empathy and growth,’ the actor also tweeted.

American rock band Smash Mouth also took aim at the event in a simple yet effective message on Twitter.

The band, best known for their song All-Star, made the now viral tweet on 4 June.