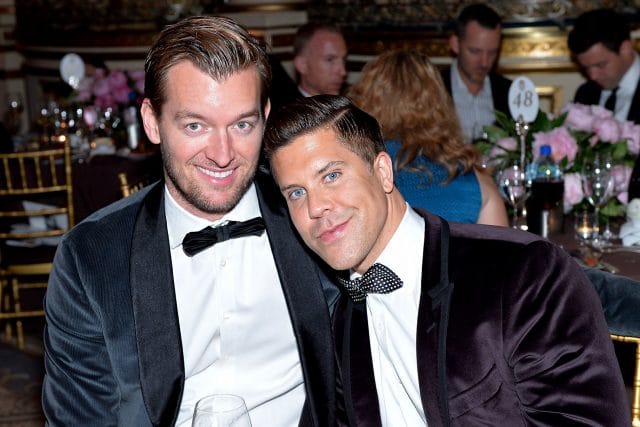 Fredrik must have given his biggest high kick ever!

Their arrival was officially announced on social media where Eklund posted a photo of the new family of four and captioned “Happiest moment of my life. Welcome Fredrick and Milla to the world.”

Happiest moment of my life. Welcome Fredrick and Milla to the world. ?‍?‍?‍?

The two learned that they were finally expecting twins in April on Eklund’s 40th birthday in Paris and revealed the news during the season finale of Bravo’s Million Dollar Listing New York.

We've been blessed two times over – we're six months pregnant with twins, a boy and a girl! It was important for us to take the time to keep the news for ourselves, but now we are ready to celebrate all the love. We thank you for supporting us in this journey and your well wishes…. We are finally going to be dads! Finally! #grateful ?‍?‍?‍?

Fans of the hit show know that the couple has struggled for some time with trying to have children. Eklund even struggled with his husband having his own child and fearing that they would never be able to have their own.

Now its a happy ending for these two handsome dads. And while Fredrik is conquering real estate worldwide – let’s see if he can conquer changing those diapers and midnight feedings.

Congratulations to Fredrik and Derek!