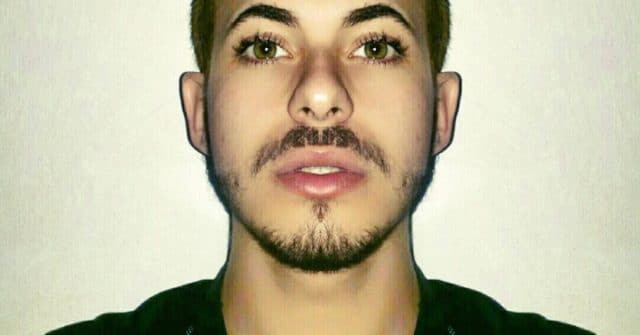 A 22-year-old Brazilian man has been left in a near vegetative state after being assaulted and “left to die” in Moreno.

On 7 December 2018, Jefferson Anderson Feijo da Cruz was out drinking in the city as he celebrated the end of the school year with some friends. At around 2:30am, he told them he had to go urinate and left but when he never returned, they started to worry and went looking for him. According to a tragic post shared by his family, they eventually found him “under a slab, unconscious, bloody, undressed, suffocating in his own blood.”

His relatives go on to suggest that Cruz was robbed and that the attack was homophobic in nature. Later, they explain that the injuries to his lungs and brain were so severe that he had to be rushed into surgery as soon as the emergency services got him to a nearby hospital. After the operation, he remained in a coma for a month and when “he woke up, it was not the same”.

“He did not speak, did not walk, nor express reactions,” the post continues. “He had to have a tracheotomy to improve his breathing, he only fed by catheter and he was transferred to the Tricentenary hospital (in Olinda) to avoid further complications in his case.”

After watching their son be treated in hospital over the five months, Cruz’s parents Marcos and Etiene are now crowdfunding to help raise money so they can continue his daily care at home. As well as needing near round-the-clock attendance, the family need to acquire facilities such as an oxygen balloon, orthopaedic boots and gloves and an articulated bed with an orthopaedic mattress.

They’re also looking to employ the services of a physiotherapist and a speech therapists to help Cruz regain some of his physical functions.

“Why [are we] telling Jeff’s story to you guys? Because he is a young man full of dreams, plans and desires that needs our help to continue fighting for life,” the online campaign – which has almost raised half of its R$100,000 target since it launched on a week ago – reads.

In September 2018, Grupo Gay da Bahia stated that more than 300 people who identified as LGBT+ had been killed in Brazil that year. The group also revealed that around 713 hate crimes had taken place throughout the country within the same time frame.

One of the most widely reported murders was that of Marielle Franco, a politician and human rights activist who was fatally shot in her car after speaking publicly in Rio de Janeiro.