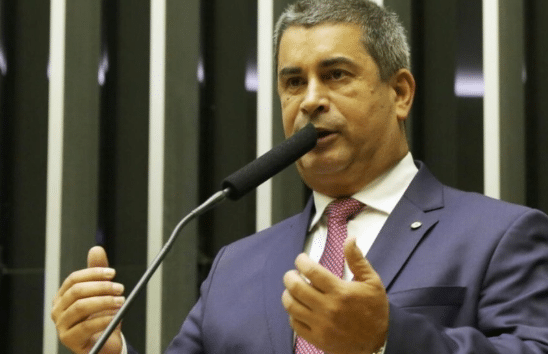 He compares it to an ‘obscene’ act

A Brazilian politican over the weekend compared same-sex kissing to ‘obscene’ acts. He also said such kissing could be punishable with prison time.

Federal Deputy for São Paul, Coronel Tadeu of the right-wing conservative Social Liberal Party, made the comments in a tweet on Saturday (9 March).

He attached a photo of two men kissing at a January 2018 event in São Paulo. Seen in the background of the photo is former President of Brazil Luiz Inácio Lula da Silva, appearing to be laughing. 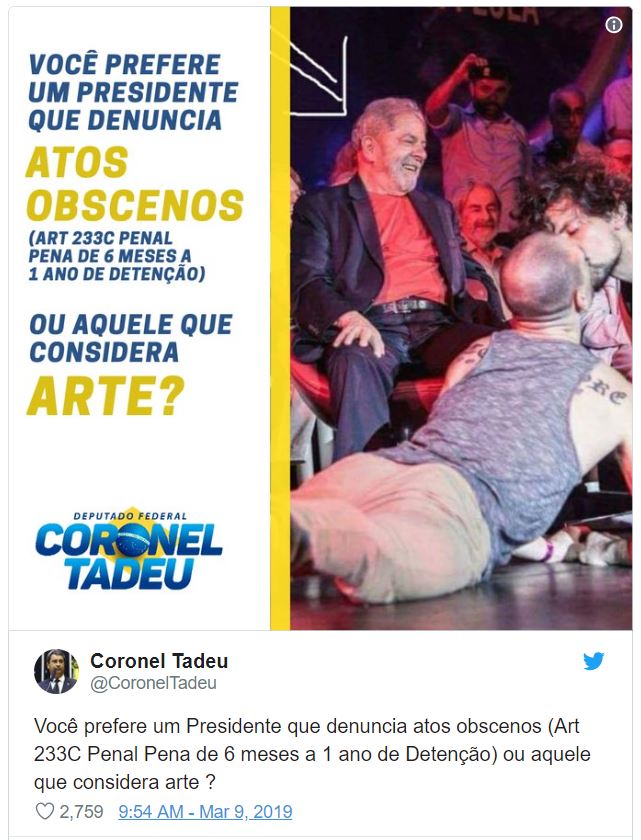 Tadeu wrote: ‘Do you prefer a president who denounces obscene acts (art 233c Penal penalty of 6 months to 1 year of detention) or the one who considers art?’

His tweet references (and supports) recently elected anti-LGBTI President Jair Bolsonaro. Last week, Bolsonaro tweeted out a video of one man urinating on another during Brazil’s famous Carnival.

‘I don’t feel comfortable showing it, but we have to expose the truth to the population,’ he wrote. ‘This is what many streets have turned into in the Brazilian carnival.’

Tadeu’s comment compares two men kissing to an obscene act like the one Bolsonaro tweeted. He also suggest such an act can violate the country’s penal code and be punishable with six months to one year of prison.

While LGBTI people in Brazil have some legal protections, harassment, discrimination, and violence against the community remain rampant.

Brazil is reported to have the highest rates of LGBTI murders, especially against transgender women.

Earlier this year, a man confessed to ripping out the heart of a trans woman in the country.

Jean Wyllys, Brazil’s only openly gay lawmaker, had to flee in January due to death threats.

Further, Bolsonaro’s presidency also threatens the safety and livelihood of LGBTI people. He stripped LGBTI rights on his first day in office.