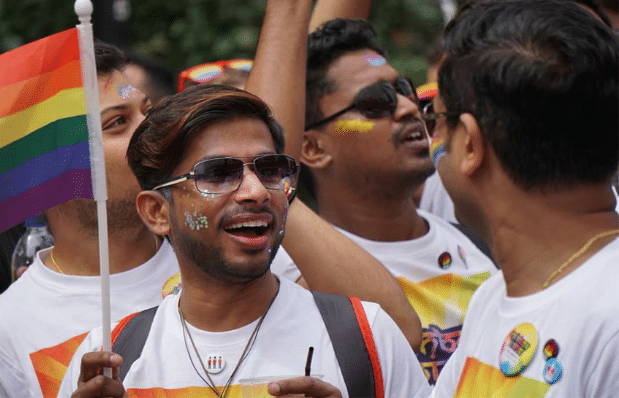 All sex acts between consenting adults, whether straight or gay, will now be legal

The LGBTI community in India is celebrating as its Supreme Court ruled to overturn a law criminalizing gay sex.

India’s Supreme Court on Thursday (5 September) ruled to abolish the colonial-era, Section 377 of the Penal Code. India has a population of 1.3 billion and and estimated LGBTI population of 78 million making this the biggest decriminalization verdict in history.

Judges ruling on the high profile LGBTI rights case said Section 377 was unconstitutional. They also said it violated the right to privacy.

‘Bodily autonomy is individualistic. Expression of intimacy is part of right to privacy,’ Chief Justices of India (CJI) Misra and Khanwilkar said in their judgment.

Plaintiffs argued an August 2017 Supreme Court ruling on the right to privacy would nullify Section 377. The Supreme Court has been hearing the case since July.

In August 2017, the Court ruled ‘Right to Privacy is an integral part of Right to Life and Personal Liberty,’ in accordance with India’s constitution. The ruling was made in relation to Aadhaar cards (an identity number for every Indian citizen). But it did have implications on the validity of Section 377 and the right of consenting LGBT adults to privacy.

A coalition of plaintiffs brought the case to the Supreme Court in a bid to end the criminalization of consensual gay sex. Dancer Navtej Johar, culture expert Aman Nath, restaurateurs Ritu Dalmia and Ayesha Kapur and mediaperson Sunil Mehra formed the coalition.

What the judges said

They ruled unanimously in favor to scrape Section 377, saying the law was ‘arbitary’.

‘We have to vanquish prejudice, embrace inclusion, and ensure equal rights,’ said CJI Misra in his judgment.

The CJIs ruled Section 377 as unconstitutional, to the extent it criminalizes consensual sexual acts between adults, whether homosexual or heterosexual. But they ruled that bestiality would still be a criminal offence.

‘This is a giant leap for humankind’

Harish Iyer and even his mom, have been at the forefront of the campaign to abolish Section 377. Iyer is one of the most high profile LGBTI advocates in India and was confident but very nervous ahead of today’s decision.

‘This verdict reaffirms our faith in not just legality but also humanity. This is a giant leap for humankind. We were born without discrimination,’ Iyer told Gay Star News.

‘Now legally we shall live without discrimination. We will spread our wings, we will perch on every hope, but we will not take this freedom for granted.

‘This is the beginning of a revolution of reforms, not the end. The fight for equality for every minority is a continuous one. We will be at it.’

India’s gay prince Manvendra Singh Gohil said the decision was ‘a moment of celebration and freedom for LGBTI in India’.

‘We had our freedom taken away in 1861, but with today’s ruling our human rights will be restored,’ he told Gay Star News.

‘Truth always prevails and truth always wins. The ruling will show the world it pays to be honest.’

In 2009, campaigners were jubilant when the High Court of Delhi repealed the law with regard to consenting. But their jubilation turned to dismay and anger when two members of the Supreme Court of India overturned that judgment in 2013.

The Supreme Court members said that repealing the law was something that should be decided by Parliament, not the judiciary. The court’s decision was broadly welcomed by local religious groups but criticized by many international organizations, including the United Nations.