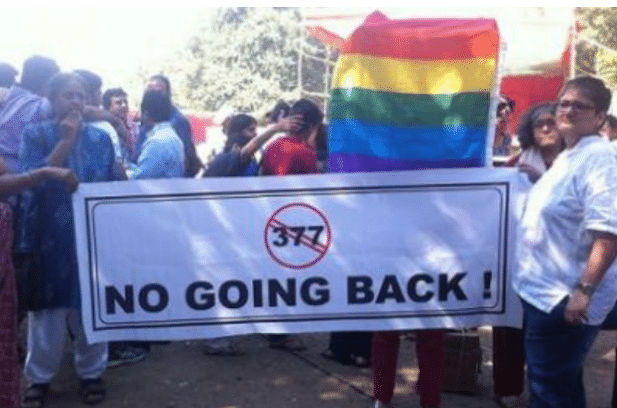 India’s Supreme Court will reexamine whether a section of the country’s Penal Code that outlaws homosexuality is constitutionally valid.

Section 377 of the Indian Penal Code bans ‘carnal intercourse against the order of nature’, which includes same-sex relations. The law is hangover from British colonial rule, who introduced the law while India was still under British control.

But on Monday afternoon (8 January), a three-judge bench of the Supreme Court referred a plea made by five LGBTI advocates to review the law to a Constitutional Bench of the court.

They petitioned the court to decriminalize same-sex relations because they lived in fear of police because of their ‘natural sexual orientation’.

‘The determination of order of nature is not a constant phenomenon,’ the court said in its referral today.

‘Societal morality changes with time, law walks with life. A section of people can’t live in fear of their individual choice.’

The group’s petition came after a landmark privacy case in the Supreme Court in 2017 which many hoped would pave the way for the decriminalization of homosexuality in India.

In last year’s case the Supreme Court ruled that the mandatory use of Aadhaar cards – a 12 digit unique-identity number issued to all Indian residents based on their biometric and demographic data was a violation of the right to privacy.

‘Equality demands that that the sexual orientation of each individual in society must be protected on an even platform.

‘The right to privacy and the protection of sexual orientation lies at the core of the fundamental rights guaranteed by Articles 14, 15, and 21 of the Constitution.’

Counsel for the group of five petitioners Arvind Datar argued that the right to privacy should mean that ‘I have a right to choose my sexual partner.’

Datar also said that section 377 was not a ‘reasonable restriction. It has the potential to destroy individual choice and sexual orientation’, according to a report in The Hindu.

Section 377 has come and gone before

Homosexuality was decriminalized in India for four years until 2013, when Section 377 was reinstated by the Supreme Court.

Since then there have been many failed attempts to repeal Section 377, but LGBTI advocates are hopeful today’s Supreme Court decision will see the law gone once and for all.