Home Gay Life Brian May says Adam Lambert can ‘do more’ than Freddie Mercury for... 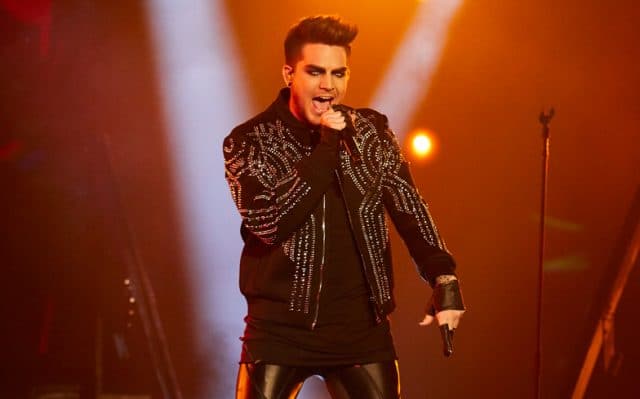 Brian May has defended Adam Lambert’s position in the Queen line-up and said the former American Idol contestant can “do all the stuff that Freddie [Mercury] did and more”.

Speaking to Guitar World for their June cover story, the legendary guitarist and songwriter said their shows are still “top level” and said Adam – who joined the band for their tour in 2011 – “doesn’t feel like a replacement” for Mercury.

“In his own way, he’s an innovator on stage,” he told the publication. “He’s part of our new balance. Adam can do all the stuff that Freddie did and more. It doesn’t matter what you throw at Adam — he can do it.

“With Adam, it’s a different kettle of fish. He’s a born exhibitionist. He’s not Freddie, and he’s not pretending to be him, but he has a parallel set of equipment. He knows how to deal with an audience.

“He teases and taunts an audience quite naturally, without thinking about it. He loves to dress up. Although Paul did dress up a bit for us. We got a lot of sequins on him.”

May also commented on the negative reception of Queen’s recent biopic, Bohemian Rhapsody.

The film – which is based on Freddie Mercury and his time with Queen – became the highest-grossing biopic of all time but received backlash for its historical inaccuracies and portrayal of Mercury’s life and sexuality.

“We weren’t making a documentary,” he explained. “It wasn’t supposed to be ‘This happened, and then this happened.’ This was an attempt to get inside Freddie Mercury and portray his inner-life — his drive, his passion, his fears and weaknesses.

“Also, we wanted to portray his relationship with us as a family, which was pretty much a part of what made him tick. And I think Freddie would love it, because it’s a good, honest representation of him as a person.”