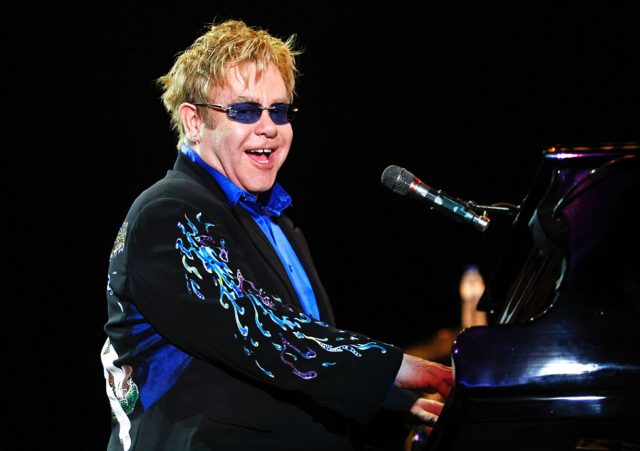 As you’ve no doubt heard, Donald Trump is having difficulty finding any performers who’d be willing to play at his inauguration last month, leading him to take to Twitter to complain about “so-called A list celebrities,” who he claims are “all wanting tix to the inauguration.”

Sir Elton John was one of the many stars who rejected an offer to perform, with a spokesperson emphatically confirming, “Elton will not be performing at Trump’s inauguration.”

For some reason, Bristol Palin has decided to enter the fray, deciding to call Sir John a “sissy” for his refusal to perform.

“I don’t really want my music to be involved in anything to do with an American election campaign,” Elton John said.

I’m British. I’ve met Donald Trump, he was very nice to me, it’s nothing personal, his political views are his own, mine are very different, I’m not a Republican in a million years. Why not ask Ted f—ing Nugent? Or one of those f—ing country stars? They’ll do it for you.”

This prompted Bristol Palin to take to her blog to vent about all those “sissies” who refuse to play for the president-elect.

In a post headlined with a photograph of Sir Elton John, Palin wrote:

If Donald Trump were still just a regular old billionaire and threw a party at Trump Tower in New York City, celebrities would be lined up out the door, and the most famous artists would be pining for a chance to perform.

But because he will be inaugurated as the next Republican president in January, these same mega-celebrities, who would normally drool over an invitation to sing for the president, want no part of it.

Trump’s inauguration team sought out some of the world’s greatest musicians, but nearly all of them have refused for fear of backlash or to stand against him politically.

Isn’t it amazing how ‘not cool’ it is to be conservative in the public eye? Either Hollywood is that far off – or we have so many sissies we have in the spot light too scared to stand for what they believe in….!

”The Pinball Wizard himself, Sir Elton John, quickly shot down any chance he would ever perform for President Trump.In his explanation to The Guardian, Elton delivered a jab at American country music, too, which is surprising considering he stole all their rhinestone outfits.”