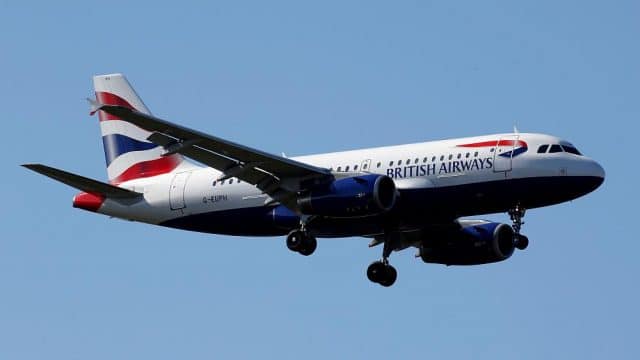 Lufthansa later said it had cancelled its flights to Cairo on Saturday from Munich and Frankfurt and will resume its flights on Sunday (July 21).

British Airways said that it would never operate an aircraft unless it was safe to do so. When asked for more details about why flights had been suspended and what security arrangements the airline was reviewing, a spokeswoman responded: “We never discuss matters of security.”

Passengers were due to board a BA flight from London Heathrow Airport to the Egyptian capital when they were handed letters saying their flight had been cancelled and there would be no alternative flight for at least a week.

The airline did not say what the security concern was but in the letter which was posted on social media, it said had made the move “as a precaution to allow for further assessment”.

It followed the UK Foreign Office updating its travel advice to Egypt saying “There’s a heightened risk of terrorism against aviation. Additional security measures are in place for flights departing from Egypt to the UK.”

It continues to advise against travel to certain parts of Egypt including the Sinai peninsula and the west of the country beyond the Nile delta.

Egypt’s Ministry of Civil Aviation said in a statement late on Saturday that it had contacted the British Embassy in Cairo which had confirmed that the decision to suspend the flights was not issued by Britain’s transport or foreign ministries.

The Egyptian ministry added that it would add more flights from Cairo to London starting on Sunday “to facilitate transporting passengers during this period.”

Security concerns have been high following the bombing of a Russian aeroplane over the Sinai peninsula moments after it had departed Sharm el Sheikh airport in 2015.

Some 224 people, mostly Russian holidaymakers, were killed when an onboard explosive device is believed to have detonated in midair shortly after take off.

Isis later claimed responsibility for the attack on social media.

The UK was one of several Western countries which suspended all flights to Sharm el Sheikh in response to the attack – the Foreign Office still advises against all direct air travel to the peninsula.

According to the UK Foreign Office, nearly half a million UK tourists visit Egypt every year.

Terror groups operating in the region have specifically targeted tourist sites in the country.

This has put a dent in the Egyptian economy, which relies on tourism, which is already weakened by political instability following the Arab Spring in 2011.

A bomb attack on a tourist bus near the Sphinx and pyramids in Giza in December killed four people including three Vietnamese tourists and an Eygptian tour guide.