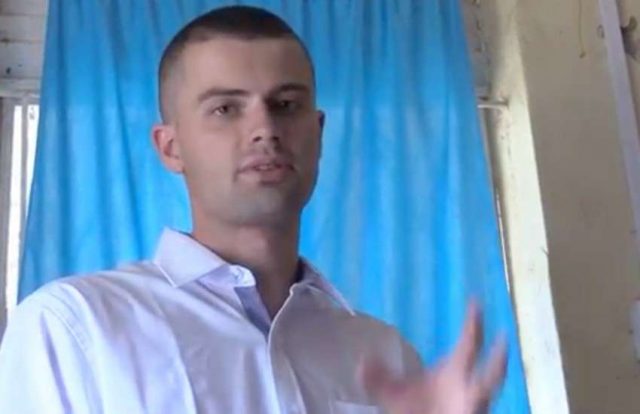 Authorities in Uganda arrested a British man for distributing a toxic bleach to people, claiming it cured unrelated diseases and illnesses from malaria to HIV.

According to , Sam Little, 25, was in the African country to promote the Miracle Mineral Solution (MMS).

The US Food and Drug Administration (FDA) has about the serious health consequences of MMS. According to MMS’ instructions, people are meant to ‘mix the 28 percent sodium chlorite solution with an acid such as citrus juice’.

When mixed, the solution creates chlorine dioxide, which can cause ‘nausea, vomiting, diarrhea, and symptoms of severe dehydration’.

Ugandan police confirmed Little, who hails from Bedfordshire, England, is currently detained along with two local men. They are being held on suspicions of ‘intoxicating the public’ with MMS.

Proponents of MMS use YouTube to both highlight the toxic substance, as well as their work using it around the world. Little was one of these YouTube advocates.

In an interview with Business Insider last month, Little denied any wrongdoing. He said he was in Uganda distributing MMS ‘out of the kindness of my heart’.

‘I didn’t have to come here to Africa,’ he added. ‘I could be spending my money on holidays. I’m quite wealthy; I’ve spent a lot of money helping people in my life. In different ways, not just with MMS. To tell me I’m doing what I’m doing is bad, that upsets me.’

Regardless of claims of innoncent, Ugandan authorities are warning people not to consume MMS as well as running tests on samples.

‘We strongly appeal to the general public and in particular the Christian community to be careful and report any suspicious activities in line with above and urge the victims to come up and assist police in investigations,’ said Lydia Tumushabe, a police spokesperson in Rwenzori.

Separately, a US pastor from New Jersey, Robert Baldwin, is being looked at for . Little is reportedly funding Baldwin’s scheme.

Baldwin reportedly said they chose Uganda for the operation because it is a poor country and weakly regulated.