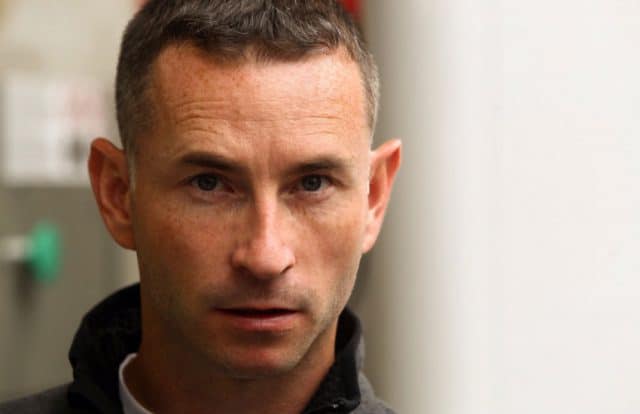 ‘Staying hidden was nothing but torture and pain’

Recently retired professional racing driver Danny Watts has come out as gay after spending his career hiding his sexuality.

Watts has been driving for 24 years and competed in various forms of motorsports in the UK and Europe. In particular he has been a regular competitor in the 24 Hours of Le Mans, the world’s longest running sports car endurance race.

Watts said he chose to come out as gay after he retired due to fears of losing sponsorship deals if he did it earlier.

He is married to a woman and has a son.

Watts tells: ‘All the other guys in the paddock had girlfriends so I got one to blend in.

‘When that relationship ended, I got another one.

‘So I continued pretending to be straight for 17 years. ‘I needed to lie and womanize.

‘I was one of the worst womanizers in my over-compensation to maintain the facade of heterosexuality,’ he reveals.

When asked why he waited so long to come out, Watts said: ‘I would need to live in the closet if I wanted my motorsport career to go anywhere.

‘There were enough gay jokes and homophobic slurs to go around, and I felt like if I lifted my head out of the trenches, I’d be immediately annihilated.

‘Staying hidden was nothing but torture and pain,’ he said.

Watts reveals he would cross-dress in private and wear ‘gay fashion’ under his street clothes.

He came out to his wife and also eventually told his son as well.

Danny Watts said: ‘[She] told me she’d known I was gay for ages and she was happy I had finally come out.’

What next for Danny Watts? When he was involved in the industry, Watts was afraid of becoming friends with LGBTI people.

He explains: ‘I couldn’t speak to or make friends with other people like me for fear that someone would notice and connect the dots.’

But he’s hoping to inspire young professional racing drivers who might now be going through the same thing.

‘Being out to my immediate circle has made me feel far more comfortable with myself,’ he explains.

‘I have so much more mental energy, now that I’m not constantly keeping track of the burdensome, decades-old lie. ‘I even got up the courage to wear a Pride bracelet and a pendant with the gay man logo to the track, and started hanging out with the fun people who noticed and commented on my jewellery in the autograph queue.

Watts is no longer fearful of the negative backlash he might receive after coming out publicly.

‘There are trolls in the motorsport community who could very well rear their heads to try to silence me,’ he explains.

‘But their opinion no longer matters to me.

‘I no longer need to kowtow to sponsors; a bad reaction no longer impacts on my ability to earn,’ he said.

As a retired driver, Watts now teaches and coaches drivers in various categories.

Watts said: ‘I feel hopeful that I’ll find a supportive group to start driving change for the queer siblings in the sport I love.

‘I would also love to be a role model for other drivers in the sport,’ he said.

Watts hopes to get involved in LGBTI charity work and help raise awareness of LGBTIs in the motorsports industry.