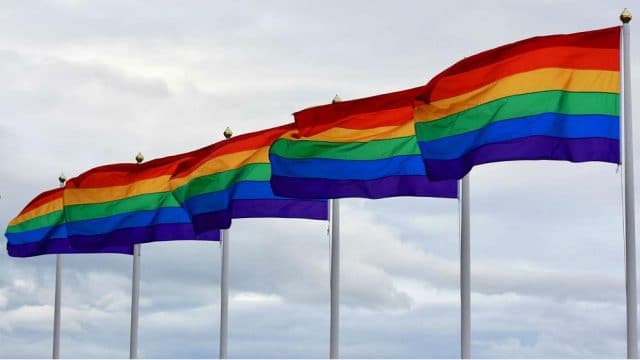 Brunei on Wednesday introduced strict new Islamic laws that will mean gay sex and adultery are punishable by death.

The small, oil-rich Asian country has a 420,000-strong population, two-thirds of whom are Muslim.

Brunei’s government showed no sign of stopping the law or bending to growing international condemnation a press release published on Saturday.

“The Syariah Law, apart from criminalizing and deterring acts that are against the teachings of Islam, it also aims to educate, respect and protect the legitimate rights of all individuals, society or nationality of any faiths and race,” the statement read.

Homosexuality was already illegal in the country and carried a punishment of up to 10 years in prison.

What are the laws?

The new code includes the following punishments, among other things:

Shahiran Shani, a gay Bruneian man who is living as a refugee in Canada, told Euronews he was “scared”.

You can watch his interview in the video player, above.

He fled the country in July 2017 not just because of the rules relating to homosexuality but because he was on trial for sedition for criticising government over rules on small businesses having to make all products Halal.

“I was never out or openly gay in Brunei, relationships were difficult, my last relationship was with a Bruneian and the families were suspicious,” he said. “It has become really unsafe in the country for people like me.”

However, Shani thinks it is unlikely authorities will “bother” trying to catch anyone now laws have been tightened as the burden of proof is high. “Homosexuality has always been illegal in Brunei with 10-year maximum sentence,” he added.

UN High Commissioner for Human Rights Michelle Bachelet on Monday urged the Government of Brunei to halt the entry into force of the revised Penal Code.

“If implemented in its current form (the code) would enshrine in legislation cruel and inhuman punishments that seriously breach international human rights law – including death by stoning,” she said in a statement.

Amnesty International also took a stance against the laws after expressing “grave concerns” over the Penal Code when its first phase was implemented in April 2014.

“Pending provisions in Brunei’s Penal Code would allow stoning and amputation as punishments – including for children, to name only their most heinous aspects,” said Rachel Chhoa-Howard, Brunei Researcher at the NGO.

Hollywood actor George Clooney was among the celebrities calling for a boycott of the luxury hotels owned by the Brunei Investment Agency, which is headed by the country’s 72-year-old sultan.

“Every single time we stay at or take meetings at or dine at any of these nine hotels we are putting money directly into the pockets of men who choose to stone and whip to death their own citizens for being gay or accused of adultery,” he wrote in an opinion article for Deadline website.

Singer Elton John echoed this on Twitter, commending Clooney for taking a stand against “anti-gay discrimination and bigotry”.

Austrian Chancellor Sebastian Kurz called on the Sultanate of Brunei to withdraw the death penalty by stoning for homosexual acts.

“No one should face the death penalty because of who they love,” said Penny Mordaunt, UK secretary of state for international development, adding “Brunei’s decision is barbaric and the UK stands with the LGBT+ community.”

Former US Vice President Joe Biden tweeted: “Stoning people to death for homosexuality or adultery is appalling and immoral.”

Following the public outcry surrounding the newly introduced law, reports suggested London’s transport operator, TfL, had removed adverts in a campaign by Royal Brunei Airlines promoting the country as “an abode of peace”.

“The advertisement was considered compliant with our advertising policy when it was submitted and accepted,” a spokesperson for the network told Euronews in an email.

“However, given recent information that has come to light, it is clear that this is an issue of great public sensitivity and controversy so the advert will be removed from our network.

“Any proposed future campaign would be reviewed against our advertising policy, and this information would be considered in any decision.”