Home Gay Life Bullying in The Office Place For The LGBT Community: The Epidemic 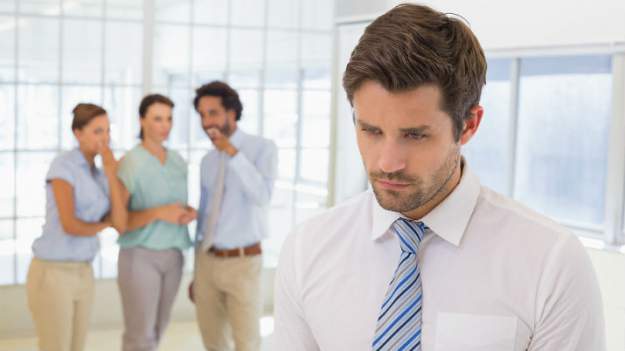 An issue that remains a constant one for the LGBT community is how many of us are treated at the workforce. Work is supposed to be a place where you get your job done, but it seems as if there are many other issues going on in terms of bullying that are directed towards members of our community.

A new study done by CareerBuilder shows that four out of 10 LGBT workers report feeling bullied at work, or 11 percentage points higher than the national average of all workers combined. The survey was released on GLAAD’s Spirit Day (today), which seeks to raise awareness of the bullying LGBTQ people face.

The key difference is the amount of people who are doing the bullying. Per CBS News: The majority of those who said they were bullied said it was by one person, while about 13 percent said it happened in a group setting. The number of LGBTQ workers with concerns about workplace bullying has grown since the 2016 election, said David Kilmnick, CEO of The LGBT Network, a nonprofit that serves the gay and transgender community on New York’s Long Island and the borough of Queens.

“It has such a negative impact, not only to the LGBT person, which is a given. If you’re being bullied for who you are, it will impact how one feels safe in one’s workplace. But there are so many other people, non-LGBT folks, that don’t want to hear this,” Kilmnick said.

David’s nonprofit received 150 calls this year regarding workplace bullying, or triple what it normally receives. The common bullying tactics are being criticized for not being feminine enough for people who identify as a woman – or being attacked over equal rights.

“Comments are made that their marriage isn’t as real or worthy as others,” David said.

Read more about the report here.