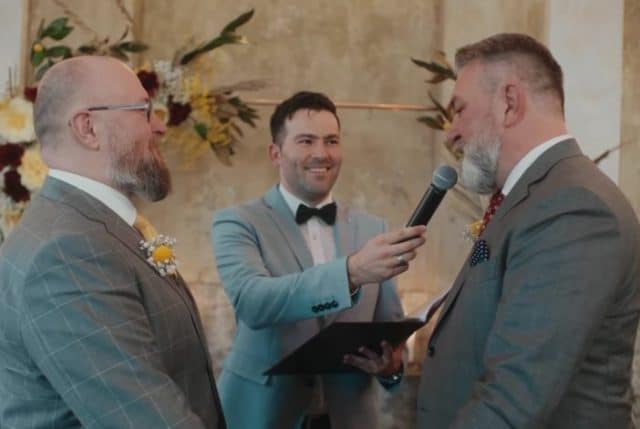 A new ad for Burger King shows how they transformed a whopper into a diamond that was used for a ring in a gay couple’s wedding.

Dima and Alvar are a couple who flew to Germany to get married. The country they’re from, which isn’t mentioned in the ad, does not legally recognize marriage equality, and the men said that they can’t hold hands in public there.

Their marriage is already extraordinary, but what makes it just a bit weird? The diamonds in their rings are made from Whoppers.

A Whopper was burnt to ashes. Those were collected and put under high heat and pressure, then quickly cooled to form synthetic diamonds.

They got married at a townhall in Germany and exchanged rings with the whopper diamonds in them.