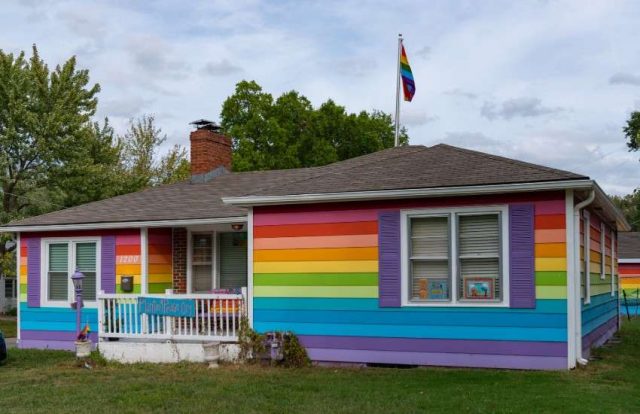 A new report reveals that in some US cities, it costs more to buy a home in the designated gay neighborhood than elsewhere in the city.

Zillow, a real estate company, released a last week detailing the worth of homes in so-called ‘gayborhoods’ compared to the average price of homes across the city.

In order to identify a gay neighborhood, Zillow used data from the American Community Survey. From there, the company identified neighborhoods with the highest rate of same-sex households.

The neighborhood with the highest percentage of same-sex households in North Banker’s Hill in San Diego, California.

Zillow looked at over 20 neighborhoods for the report. These cities included generally expensive and pro-LGBTI places like New York, as well more unsuspecting cities such as Charlotte.

In the findings, 10 cities’ neighb0rhoods boasted ‘gayborhood’ home values more than double the average cost in the city overall.

In some neighborhoods, the difference in premium is staggering.

The highest premium is an astonishing 293.9% in Cleveland’s Riverside neighborhood.

Some gay neighborhoods buck the trend, with homes in the area going for less, such as in Las Vegas’ East Paradise area. These neighborhoods, however, are exceptions to the rule.

Gentrification is the process of renovating a neighborhood so it conforms to white, middle-class tastes and refinement. Marginalized communities are those who primarily make up a gentrified neigborhood’s original occupants.

This leads to an uptick of restaurants, bars, and other establishments.

‘The narrative of gayborhoods as a signal for rapid home value appreciation and gentrification has been around for decades, with Greenwich Village and the Castro long held up as examples,’ said Zillow Director of Economic Research Skylar Olsen.

As Olsen warns, however, the increasingly higher premiums most often affect the marginalized and intersectional communities who originally occupied the gentrified neighborhoods.

‘While these neighborhoods still foster a sense of community and social acceptance, living within them often comes at premium many may not be able to afford,’ she said.

‘This has a disproportionate effect on intersectional LGBTQ people —not just gay, but a person of color, transgender, a woman—those who are disadvantaged when it comes to earning potential.’

This is made worse by studies that have shown LGBTI people in the US at their jobs.