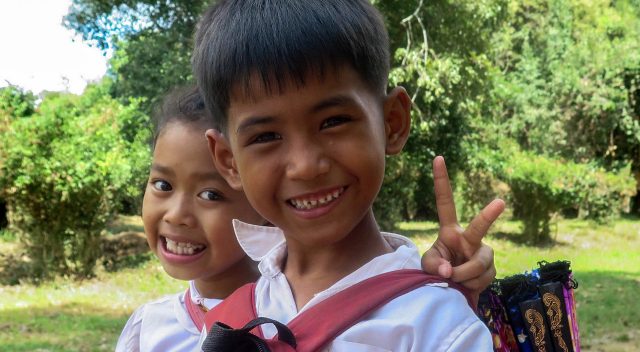 The Cambodian government is planning to introduce a new school course to teach students about LGBTI issues, sexuality and gender.

Called ‘Life Skills’ the course will be taught from grades 1 to 12, and coursework will be introduced from grade 5.

The Ministry of Education worked closely with Cambodian LGBTI advocates. Srun Srorn was one of those advocates who said the course would help to reduce discrimination against the country’s LGBTI community. It would also serve a range of purposes.

‘First, to teach children about the biology of male and female bodies. Second, to explain gender identity and how this could differ from the biological sex. Third, to focus on gender-based violence, forced marriage and discrimination based on sexual orientation,’ he told the Phnom Penh Post.

The director of the Ministry’s School Health Department, Dr Chhay Kim Sitheavy, said the content on preventing gender-based violence and STI infections had never been taught at Cambodian schools.

Sitheavy said the Life Skills would teach children that homosexuality is not taboo and LGBTI people should be treated equally.

‘Values have changed over the past years and courses need to be adapted,’ she told the Phnom Penh Post.

The Ministry will create the content and start drafting a textbook for the next year’s school year.

The LGBT rights group CamASEAN will work with the Cambodian Health Ministry to implement the Life Skills program.

‘We train the teachers to understand that there are not only [heterosexual] men and women, but also LGBTIQ,’ said CamASEAN’s Chhoeurng Rachana.