Home Gay Life Campus Christian Group Says It Has The Right To Discriminate Against Gay...

“You would never ask an environmental group to have a climate denier as their leader. It’s the same thing here.”

A student group at the University of Iowa insists it has the right to reject LGBT members, even though the college’s anti-bias policy clearly forbids it.

Marcus Miller, a student at UI-Iowa City, complained to administrators last February when he was rejected as vice-president of the campus group Business Leaders in Christ after disclosing he was gay. In November, the UI revoked the club’s status as a recognized student organization. 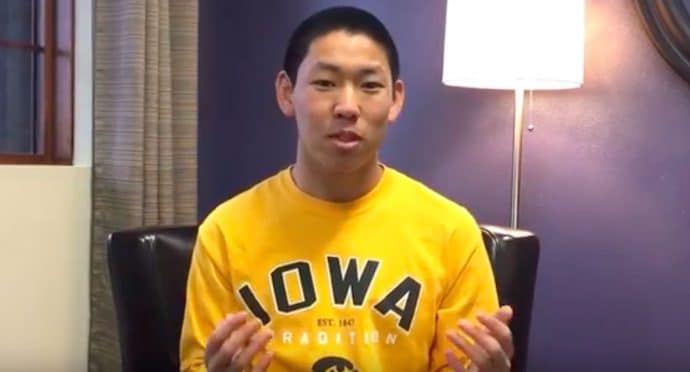 A university spokesperson said students, faculty, and staff have the right to practice their religion, but it “does not tolerate discrimination of any kind in accordance with federal and state law.”

Business Leaders in Christ maintains membership is open to all, but leaders must affirm a statement of faith that defines marriage as between a man and a woman and rejects homosexuality as “not in keeping with God’s original plan for humanity.”

The group, which promises to guide students in “how to continually keep Christ first in the fast-paced business world,” says Miller refused to abide by those tenets.

“Every organization to exist has to be able to select leaders who embrace its mission,” said the club’s attorney, Eric Baxter, of the Becket Fund for Religious Liberty. “You would never ask an environmental group to have a climate denier as their leader. It’s the same thing here.”

Losing recognition by the school means Business Leaders in Christ can no longer reserve meeting spaces, participate in recruitment drives, or get funding from activity fees.

“This is 2017, not ’1984,’” said club president Jacob Estell in a statement in December. “Our beliefs weren’t made by us, and they can’t be changed by us either—certainly not just to satisfy Orwellian government rules.”

A hearing to reinstate the group has been set for Thursday, in time to allow members to participate in recruitment fairs later this month. Meanwhile, Miller has started his own inclusive Christian student group, Love Works, which advocates for social justice.

Miller’s group has already been recognized by the university.