Home Gay Life Can you help solve the mystery of Transgender Julie Doe? 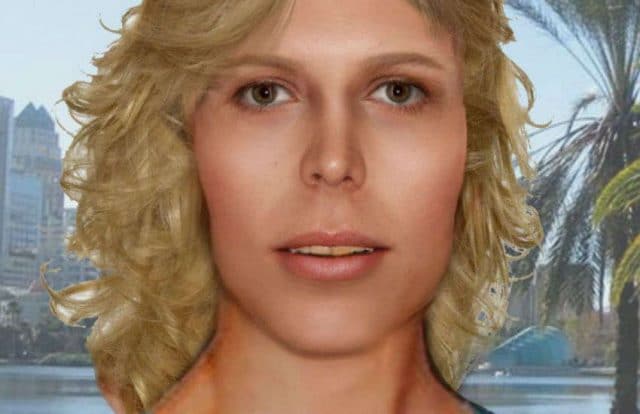 The Trans Doe Task Force is a US-based grassroots project aiming to identify the victims of unsolved trans murders.

Launched by spouses Anthony and Lee Redgrave, the project is being aided by forensic laboratories, artists and DNA analysts.

The first case it took on typifies its work and some of the challenges it faces in identifying people. Often, putting a name to a victim will be a crucial step in bringing suspects to light.

Prior to the advent of DNA analysis, when a body was found without ID, it was not always clear if the deceased identified as trans in life.

The Trans Doe Task Force believes that to be the case with a woman dubbed ‘Transgender Julie Doe.’

In 1988, a man came across a woman’s body in a wooded, marshy area of Lake County, Florida. She had been dead for several months.

According to the Trans Doe Taskforce, her near skeletonized remains were clothed in, ‘a long denim skirt, a blue-green tank top, and pantyhose that were partly rolled down.

‘She had long manicured nails, and long brown hair that had been bleached out to a Florida blonde. ‘

An autopsy was performed. It estimated the woman to be aged between 24 and 32 years old, around 5 feet 10 inches tall. She had 250cc silicone breast implants.

The doctor who performed the autopsy noted, ‘many pits and ridges along her pelvic bones which … were believed to have been caused by hormone changes during pregnancy that softened the pelvis in preparation for childbirth.’

The doctor concluded, ‘using the best scientific knowledge at the time, that the decedent had given birth more than once.’

A cause of death could not be determined, although it appeared she had been dragged to the spot where she’d been found. The case remains a suspected homicide.

Little in the way of progress in identifying the women in the immediate years following the autopsy. However, following DNA analysis earlier this decade, the victim was found to have XY chromosomes. This revealed she was probably transgender.

What had previously been thought to be pelvic bone changes due to pregnancy could now be attributed to hormone therapy.

This revelation led to her earning her new nickname with investigators: Transgender Julie Doe. It also led to a new artistic impression by forensic artist and Detective Stephen Fusco of the Orange County Sheriff’s Office. Although speculative, police hoped the drawing may prompt recognition. 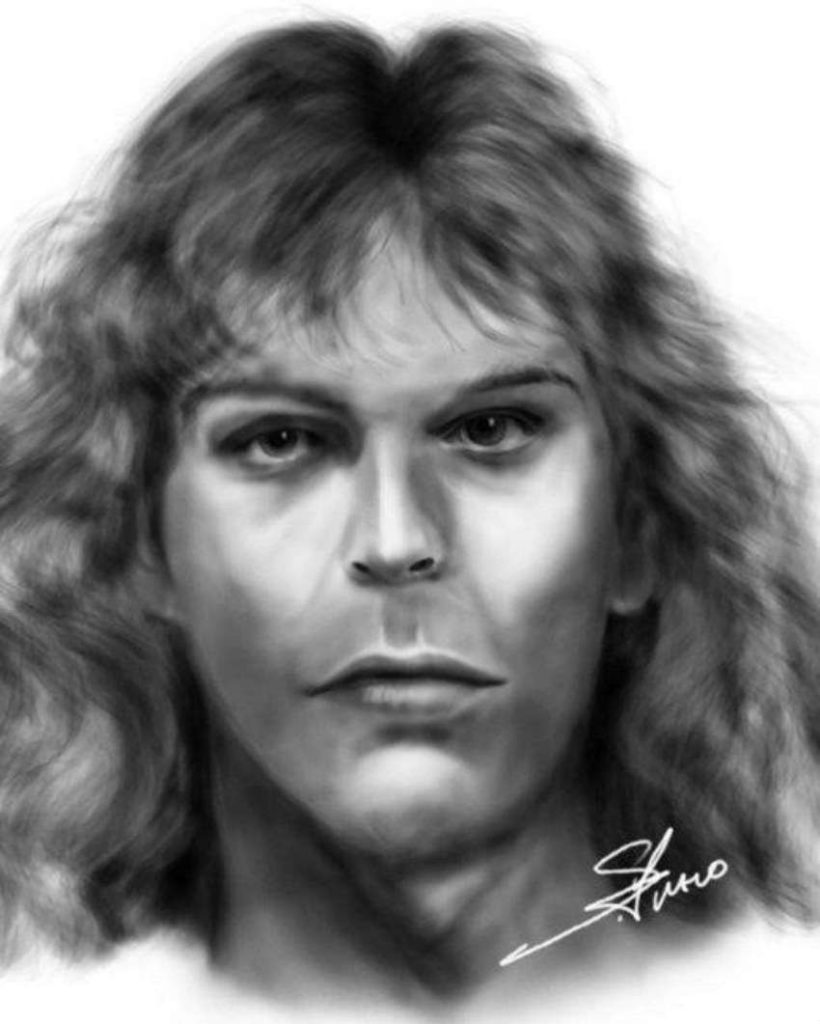 After this, the DNA Doe Project took up the case. Formed in 2017, the non-profit, uses forensic techniques to help identify unidentified people. Transgender Julie Doe is thought to be their first trans case.

Initial rounds of DNA extraction took place in order to try and map Julie’s DNA. However, researchers could not extract enough DNA to yield a full result.

At this stage, the idea for the Transgender Doe Task Force was born. Married couple Anthony and Lee live in Massachusetts. They have been research partners for over 10 years. 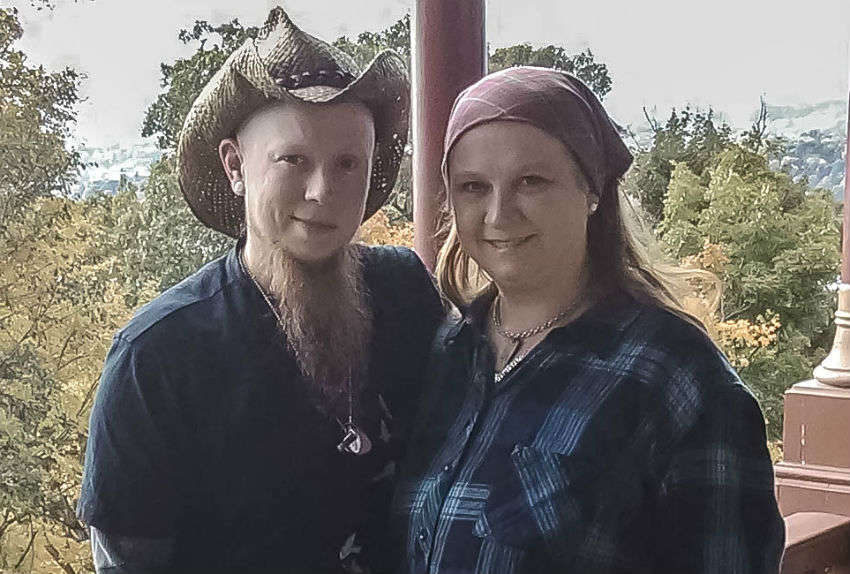 They run their own forensic services agency, taking on freelance genealogy research jobs and private clients. Anthony was born intersex and has a trans history.

‘We were referred to the DNA Doe Project by a friend who had heard about their work on Reddit in January 2018,’ Anthony tells GSN.

‘We were excited to learn about a new application for the genetic genealogy work that we were already doing for adoptees, etc. and emailed right away to be considered for the team.’

‘The Trans Doe Task Force was started in September of 2018. We had been working with the DNA Doe Project since February and decided to look for a case with a trans or gender variant decedent to recommend for the DNA Doe Project,’ Anthony continues.

‘The first such case we came across was Julie Doe, and coincidentally it was a case that Dr. Fitzpatrick [one of the co-founders of the DNA Doe Project] was already aware of.

‘Over the summer, we worked towards getting everything set up for Julie, and began to look for other trans cases.’

‘This preliminary case finding work and eventual follow-up work does not fall under the scope of the DNA Doe Project, whose mission is to identify Does to law enforcement for legal identification purposes,’ says Anthony.

Anthony and Lee say a new, satellite organization was needed to help the DNA Doe Project specifically with trans cases. This was the beginning of the Trans Doe Task Force.

Together, Anthony and Lee promote the cases to the public and help to raise funds for DNA extraction.

Through their work with supporters, they have produced alternatives images they hope might prompt recognition. 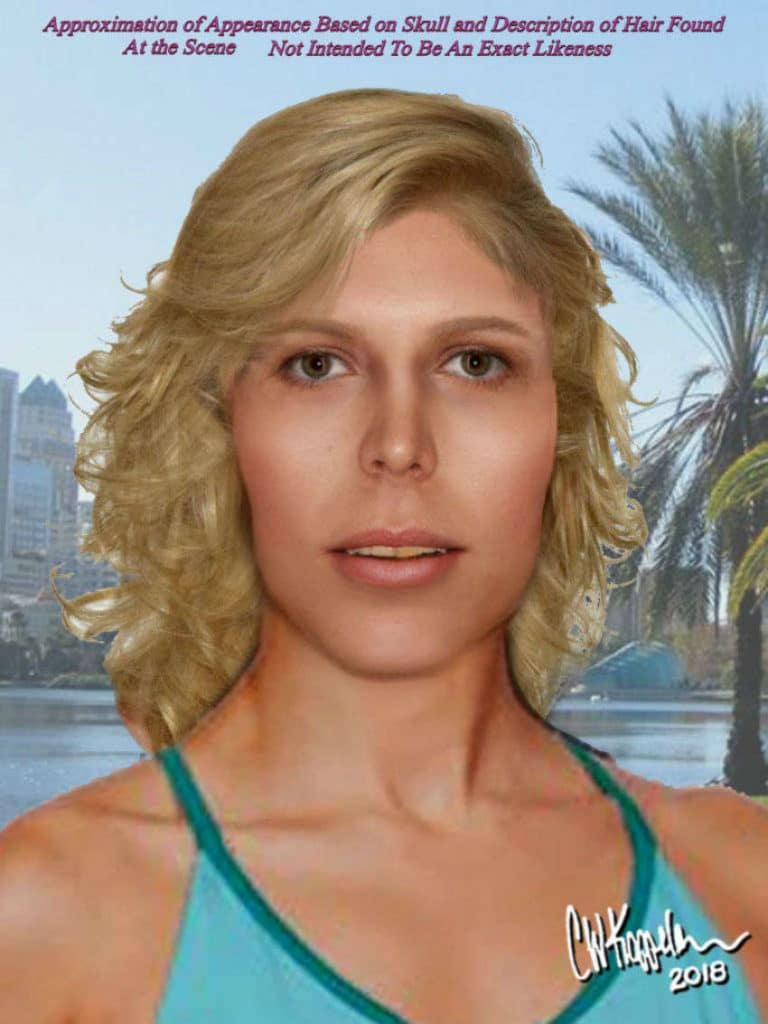 A new portrait of Transgender Julie Doe was produced to reignite interest in the case (Image: Cark Koppelman)

The Trans Doe Task Force also produced images of what Julie may have looked like when younger, pre-transition.

Although many trans people prefer not to share photos of themselves pre-transition, or be ‘dead-named’, the Trans Doe Task Force believe if it helps to identify Julie, and bring her killer to justice, it’s a valuable exercise.

‘While it may be unsettling to some to think about showing a trans woman looking like a young man, we must remember the purpose of forensic art is to reach those people who may remember the person from when they were alive, and that may be from any point in their life.’

Thanks to a fundraiser set up by the Task Force, Julie was subjected to a third round of DNA extraction. Recent analysis of her genes indicates that she likely heralded from the South Florida area – the region in which her remains were found.

‘There is still some [of Julie’s] DNA being held at the University of North Texas. We are holding that sample in reserve pending the results of a pilot study we are doing on developing genealogical data from lower amount of DNA.’

She says they expect the results very soon.

These include the ‘Live Oak Doe’, killed in July 1986, in South Houston, Texas. Like Transgender Julie Doe, it appears the victim was trans or gender-variant. 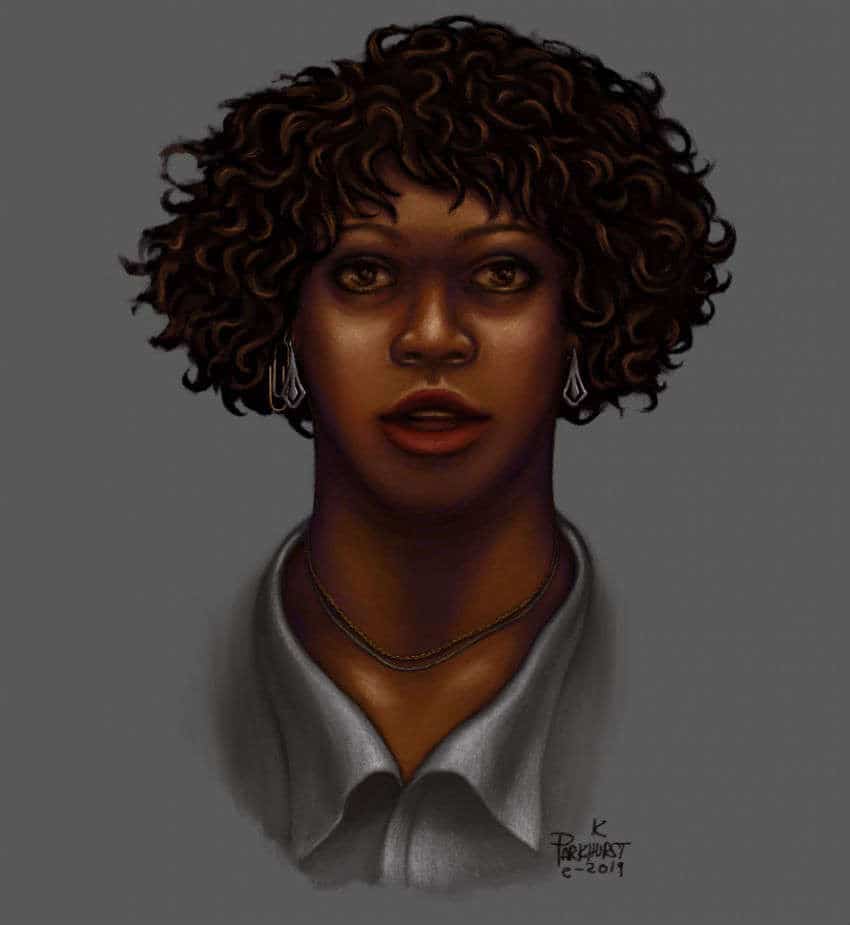 An artist’s impression of how the ‘Live Oak Doe’ may have appeared in life (Image: Kim Parkhurst)

Similarly, the body of ‘Pillar Point Doe’, discovered in November 1983 on Pillar Point Beach in Half Moon Bay, California.

From their clothing, it’s unclear whether the victim, judged to be late teens or early 20s, identified as a cross-dresser, transgender woman or gender-variant. The Trans Doe Task Force has issued new artist impressions of their possible appearances in life. 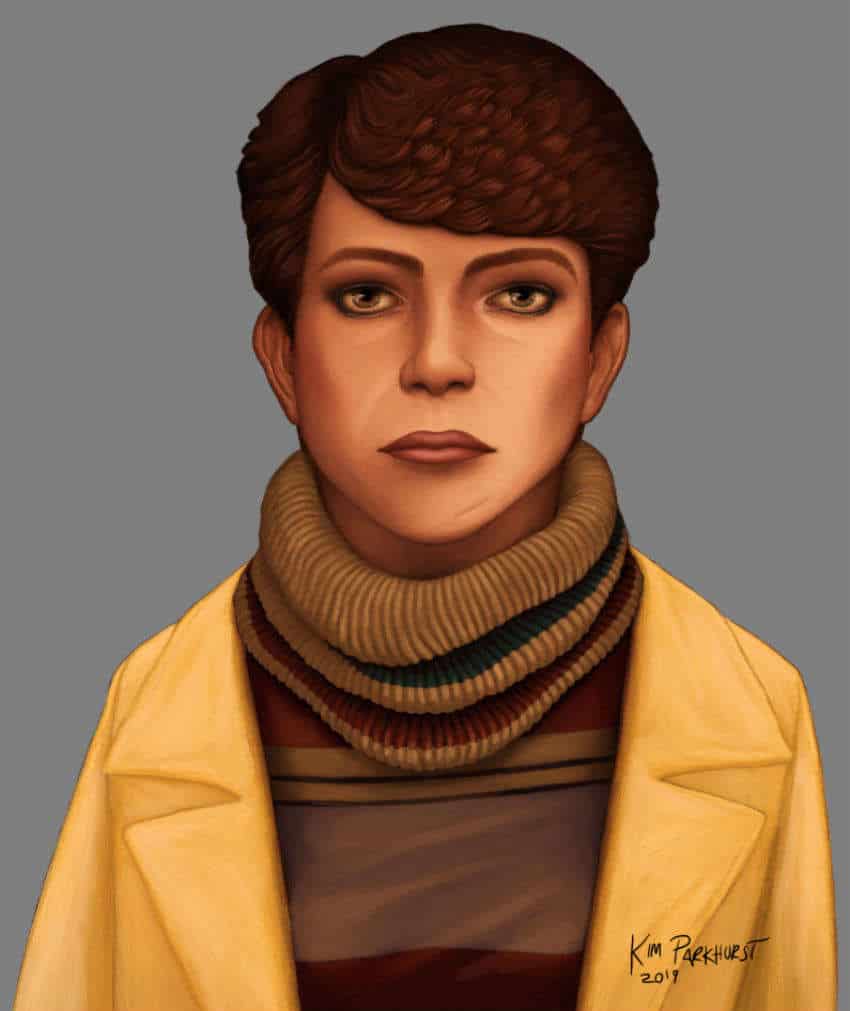 An artist’s impression of how the ‘Pillar Point Doe’ may have appeared in life (Image: Kim Parkhurst)

Now that it’s up and running, the Trans Doe Task Force has no shortage of work. Last year, for Transgender Day of Remembrance, campaigners revealed an estimated 369 trans individuals worldwide had died as a result of violence in the preceding 12 months.

Forty-eight of those victims remain unidentified and nameless.

The Trans Doe Task Force is in the process of researching around 40 cases primarily in the United States going back into the 1970s.

As Lee and Anthony point out, trans people are disproportionately the victims of violence. They also have a higher suicide rate than other sections of society. Furthermore, they are more likely to be estranged from their birth families.

‘The best way for people to help with Julie’s case or any other trans Doe case that we work on in the future is to follow the DNA Doe Project and Trans Doe Task Force on social media, and repost and signal boost wherever possible,’ they say.

‘Donations are also essential to getting these cases the lab work required to produce a kit for the genealogists. People can donate to the DNA Doe Project via their facebook or their website.

‘Also, anyone who wants to help and has already taken a DNA test should be sure to upload their raw data to GEDmatch.’

GEDmatch is an open data personal genomics database that provides DNA and genealogical analysis tools for amateur and professional researchers and genealogists.

If you have ever used a consumer DNA test – increasingly popular these days – then instructions on how to upload your data can be found on the GEDmatch website. Such data has been used by adoptees seeking to find family, and now by those wishing to identify the unidentified.

And it’s not just murder cases. People sometimes decide to kill themselves in remote locations. The same with accidental drug overdoses. Their remains may lie undiscovered for a long time.

‘The more people in GEDmatch, the higher the chance we will come up with a closer relative to our Doe, making the genealogy part easier,’ says Fitzpatrick.

The thought someone dying and never being identified will be both distressing and sad to many.

‘There is an epidemic,’ she states, going on to explain, ‘A 2007 survey by the US Bureau of Justice Statistics indicated that there were 40,000 sets of unidentified remains in the US alone.

‘There is some debate about whether this number is accurate. The survey received responses from only a fraction of the medical examiners and coroners contacted, and it is believed that even the ones who responded may not have included very old cases that had been abandoned.

A Russian doctor murdered, dismembered and cooked a trans woman