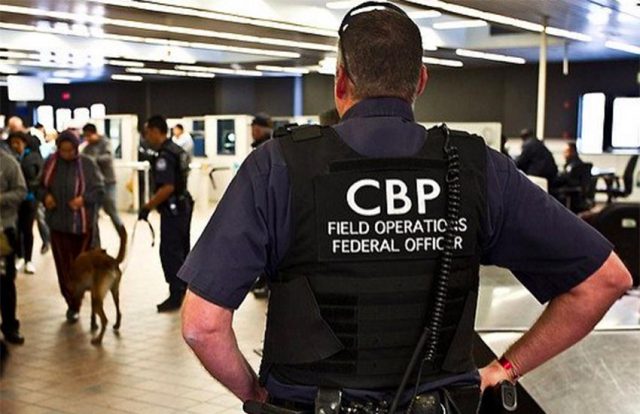 A Canadian man was banned entry into the US after customs officers read his Scruff profile.

His profile said he was ‘looking for loads’. The officer in question believed this meant he was a sex worker.

André, 30, was on the way to visit his boyfriend in New Orleans when he was selected for secondary inspection at customs pre-clearance in Vancouver.

His full name is being held back because he fears retaliation from US customs, but he said the experience left him ‘humiliated’.

During the screening, an officer took possessions, including André’s phone and computer, and demanded all of his passwords.

This included the passwords to his dating apps.

‘I was scared, so I gave them the password and then I sat there for at least an hour or two. I missed my flight,’ André told the Daily Xtra.

‘He came back and just started grilling me. “Is this your email?” and it was an email attached to a Craigslist account for sex ads. He asked me, “Is this your account on Scruff? Is this you on BBRT?”.’

After reading messages on Scruff as well as on BarebackRT, the officer was convinced André was a sex worker.

The officer thought the message ’looking for loads’ meant the traveler was looking for cash in exchange for sex.

But even when André attempted to explain by what he meant by the slang, the officer kept questioning him.

He accepted an offer to not travel to the US, in exchange for not being barred from entering the country for life.

But when he tried to fly to New Orleans a month later, he thought he wouldn’t have any more problems.

He had letters from his employer as well as pay stubs, bank statements, a phone contract and a lease agreement to prove he had a job and would definitely return to Canada.

And he had deleted sex apps from his phone and cleared his browser history.

But that only made André more suspicious in the officers’ eyes.

This time, secondary inspection didn’t even ask for his passwords, as they were saved on the system.

Officers looked through his devices again, questioning André over nudes of himself on his phone.

They didn’t let him enter the US.

‘They said, “Next time you come through, don’t have a cleared phone,” and that was it,’ he said.

‘I wasn’t let through. He said I’m a suspected escort. You can’t really argue with them because you’re trapped.’