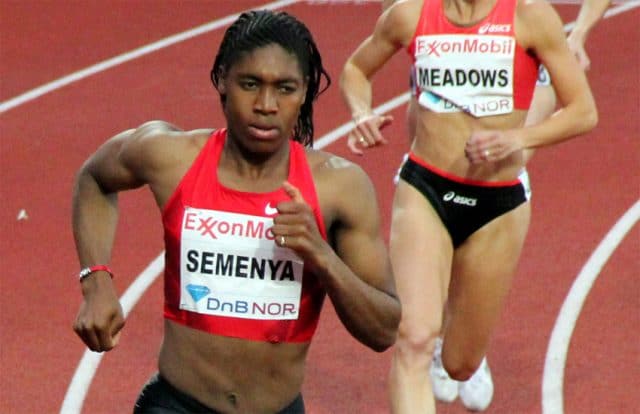 The Swiss Supreme Court temporarily blocked a ban on track star Caster Semenya from competing while her appeal proceeds.

In the Monday (3 June) decision, Swiss judges ruled Semenya should be able to ‘compete without restriction in the female category’ for the duration of her appeal.

‘This is an important case that will have fundamental implications for the human rights of female athletes,’ Semenya’s attorney, Dorothee Schramm.

She described the Swiss court’s ruling as a ‘temporary protection’ for Semenya.

Semenya added her own statement, expressing her gratitude: ‘I am thankful to the Swiss judges for this decision. I hope that following my appeal I will once again be able to run free.’

Semenya is a world-renowed track athlete who competes in the 800 meter.

Her court battle began in May when the International Association of Athletics Federations (IAAF) issued a rule that female athletes with higher testosterone levels in order to compete in women’s races. Semenya appealed the rule.

Initially, the Swiss-based Court of Arbitration for Sport found in favor of the IAAF. It acknowledged the regulation was discriminatory, but that ‘such discrimination is a necessary, reasonable and proportionate means of achieving the IAAF’s aim of preserving the integrity of female athletics’.

The court further determined the regulation should only be applied to races up to 800 meters.

When the IAAF issued the new rule, the organization stated ‘most females (including elite female athletes) have low levels of testosterone circulating naturally in their bodies (0.12 to 1.79 nmol (nanomoles)/L (liters) in blood)’.

The rule requires female athletes to keep their testosterone levels below 5 nmol/L for six months before a competition. They must also maintain that restriction to continue competing in women’s races.

Semenya refused to take suppressants and IAAF said she would be .

At the end of May, she the Court of Arbitration for Sport’s ruling.

‘I am a woman and I am a world-class athlete,’ Semenya said. ‘The IAAF will not drug me or stop me from being who I am.’

This led to the Supreme Court’s ruling today as Semenya’s court battle continues.