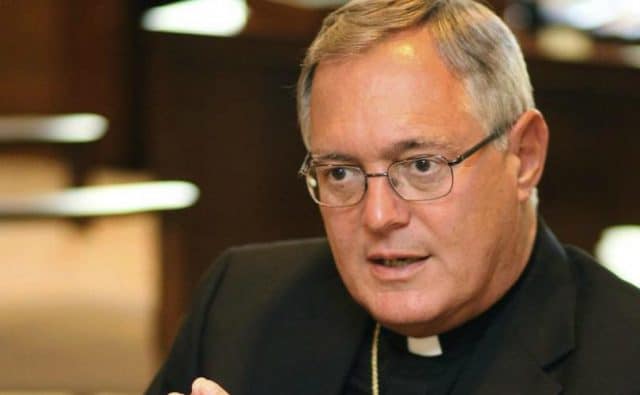 An American Roman Catholic bishop has said that Catholics should not support any Pride month events this June and that Pride is especially harmful to children.

The bishop called for Catholics not to attend any Pride events in a tweet on June 1, the first day of LGBT+ Pride month.

Thomas Tobin, 71, is a Roman Catholic bishop in Providence, USA.

Tobin tweeted, “A reminder that Catholics should not support or attend LGBTQ ‘Pride Month’ events held in June.”

“They promote a culture and encourage activities that are contrary to Catholic faith and morals. They are especially harmful for children,” he said.

“A reminder that Catholic priests were molesting kids for decades, and then tried hard to cover it up,” said one Twitter user.

Another added, “‘Harmful for children’? Did irony just die? Can you give it the last rites? I don’t think the Catholic church will ever have a strong enough moral position again to comment on what is harmful for children! So, go and shite, Bishop!”

“Obviously this tweet is directed towards the congregation not the clergy, otherwise it would look somewhat… hypocritical? Oh, wait..” said journalist Teymoor Nabili.

Sue Perkins, of Great British Bake Off fame, said, “Investigate the paedophiles in your ranks who use their power to predate on the innocent. Send your countless riches, stored in vaults and crypts and offshore accounts, to those who starve and live in penury. Then come and tell me how to live my life.”

Actor and director David Schneider said, “As opposed to the Catholic church which has never been especially harmful to children. Get your own house in order before telling people how they should live.”

LGBT+ Pride month commemorates the Stonewall protests of 1969, commonly acknowledged as the beginning of the modern day gay rights movement.