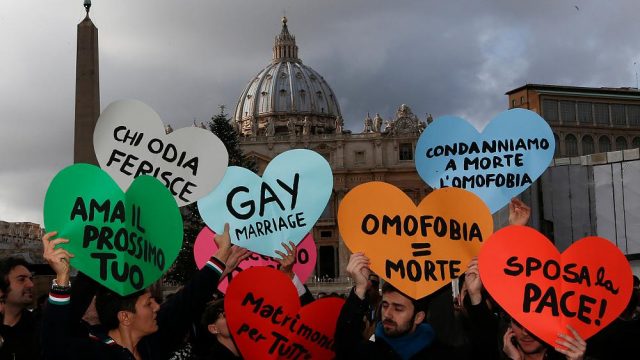 The Catholic Church has released a new paper questioning modern conceptions of gender identity. It is directed at Catholic schools and it speaks of an “educational crisis that can annihilate the concept of nature”.

‘Male and Female He Created Them’ is the name of the piece released by the Congregation for Catholic Education – signed by Cardinal Giuseppe Versaldi.

The release comes during Gay Pride month and has drawn fierce criticism from LGBTQ groups.

The 31-page document is not signed by Pope Francis himself but quotes the Pontiff and scripture within its argument. It calls for dialogue but it notably criticises the modern understanding of gender saying it is “often founded on nothing more than a confused concept of freedom in the realm of feelings and wants.” It goes on to say that current theories “move away from nature” and instead “towards an absolute option for the decision of the feelings of the human subject”.

LGBTQ rights groups have come out arguing the document will confuse those who sincerely struggle with questions of gender identity and sexual orientation and that the Vatican is still in the “dark ages” on this issue.

Watch NBC News’ Claudio Lavanga’s report from Rome in the player above.