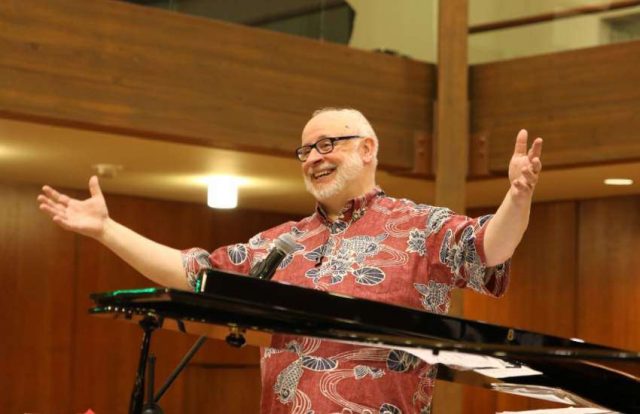 Haas is an author and composer of contemporary Catholic liturgical music. His track You’ve Made Me Wonderful follows the controversy sparked by Bishop Thomas Tobin, who had urged Catholics not to support LGBTI events such as Pride parades.

In an interview with , the composer explained he wrote the refrain on Sunday as a ‘gift’ to his friends in the LGBTI community who will be involved in Pride activities this month.

He also said the song is for Catholic and Protestant clergy who minister to them in an effort to be more LGBTI-inclusive.

You’ve Made Me Wonderful is based on Psalm 139:13-14. Haas said the Bible verses speak of a God who ‘knows us better than we know ourselves’ and ‘loves and accepts all of us’.

Haas also said he hopes the song can help illustrate how deeply God loves every human being, and how ‘we are called to love’.

Earlier this month, Guardians Of The Galaxy star weighed in on the conversation about being Catholic and supporting LGBTI rights.

‘My mom’s a lesbian. I think I turned out ok,’ the former wrestler wrote in a tweet.

‘And the activities she chooses is to help the homeless and people suffering from mental illness. I admit I’m not perfect but at least I was never a judgmental hypocrite! I’m sure you don’t speak for most Catholics. Have a nice day,’ he also added, together with a middle-finger emoji.