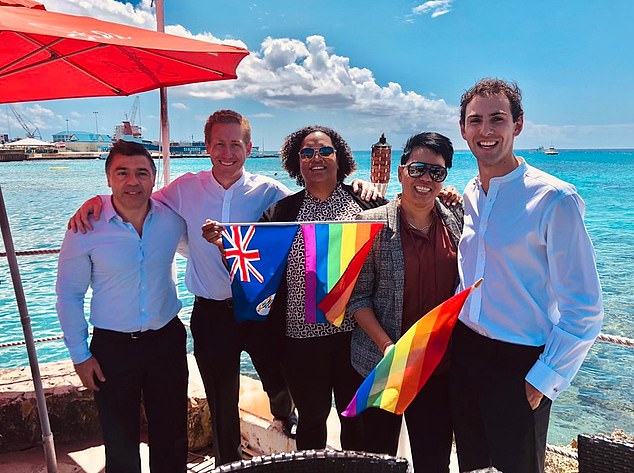 One more place in the world has marriage equality

In a landmark ruling, the Cayman Islands has legalized same-sex marriage across its territory.

Chief Justice Anthony Smellie of the Grand Court ruled on Friday (29 March) morning that defining marriage as between a man and a woman is unconstitutional. He also added that it violated numerous rights.

Smellie’s ruling stated the law must change in all areas of the territory so same-sex couples have the same access to the institution of marriage as heterosexual couples.

After Smellie issued the decision, Day said: ‘It shows that love wins and I am really happy that the right result was received today.’

Day and Bush submitted their application to marry last April, but the government rejected it.

In the decision, Smellie stated: ‘This Court is… bound not to allow the violation of the Petitioners’ rights to continue without redress. The Constitution, in its mandatory requirement that the Law be brought into conformity, must prevail. The Petitioners and their daughter are entitled to the indignities to which they have been subjected being put to an immediate end by the Court.’

Attorney General Samuel Bulgin, however, had a different take, calling the decision ‘interesting’.

‘Understandably, the government will have to take some time to consider it and think about how to move forward,’ he reportedly told journalists upon leaving the courthouse.

LGBTI rights in the Cayman Islands

As of July 2018, the total population is estimated to be over 59,500 people. It is the second-most populated British territory after Bermuda, which legalized same-sex marriage last year.

Age of consent, however, is higher for LGBTI people (21) than it is for heterosexual individuals (16).

There are also reports of homophobia and discrimination within the territory and the consitution does not protect LGBTI people.