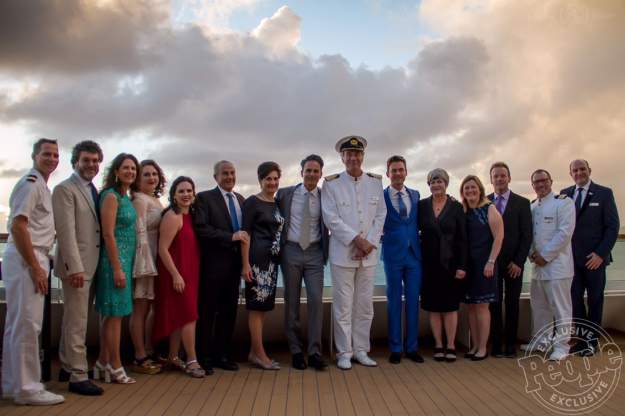 After 16 years with his partner, celebrity stylist and co-host of the defunct Fashion Police, Brad Goreski, married his husband, television producer Gary Janetti. Goreski, 40, and Janetti, 51, announced their engagement in 2014.

Thank you so much for all of your well wishes! @GaryJanetti and I couldn’t be happier! We appreciate all the love ❤️ #iputaringonit ? pic.twitter.com/HQG0zrUN6a

The two exchanged vows aboard a luxury Caribbean cruise ship the Seabourn Sojourn during a sunset ceremony. Guests included a list of celebrities and friends including Lea Michele, Sarah Hyland, and Jenna Dewan Tatum. The grooms’ families were also in attendance.

We’re married! @GaryJanetti and I tied the knot yesterday in the Carribean aboard the @SeabournCruise Sojourn surrounded by our families! We couldn’t be more thrilled! pic.twitter.com/65oIAHK4EZ

Congratulations to Brad and Gary!