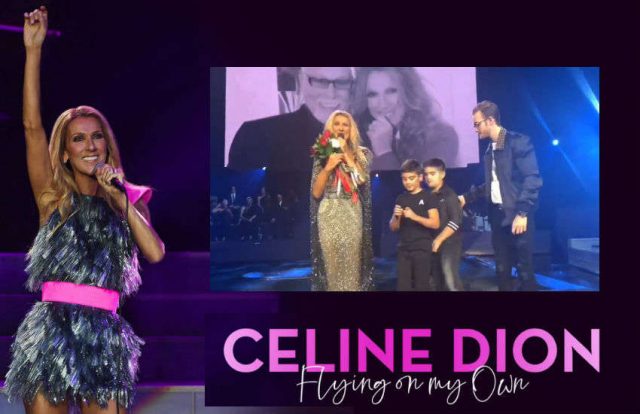 On Saturday night the Canadian singer bid an emotional farewell to her last audience. She paid tribute to her late husband René Angélil.

Angélil was also the star’s manager and is credited with managing her phenomenal global success.

In an emotion filled evening, the star also invited her three children on stage. As well as singing her favourite songs she performed a resounding version of Julie Garland classic – Somewhere, over the Rainbow.

In a packed auditorium, Dion paid tribute to her support team, dancers and production team.

A huge screen behind the star played a video montage of her husband, who died in January 2016 from throat cancer, aged 73.

Dion, whose net worth is estimated by Forbes to be $430m, look every inch the global superstar.

The chanteuse also treated fans to a rendition of her newest song – Flying On My Own.

Dion will only have a short break before she kicks off her Courage World Tour in London’s Hyde Park, on 5 July.

“I am so proud to announce that I’m a spokeswoman for L’Oréal Paris and will be spreading the magic words “I’m worth it” with all women around the world.

“I’m excited to use my voice to empower others to feel beautiful, confident, and to learn to embrace themselves.”