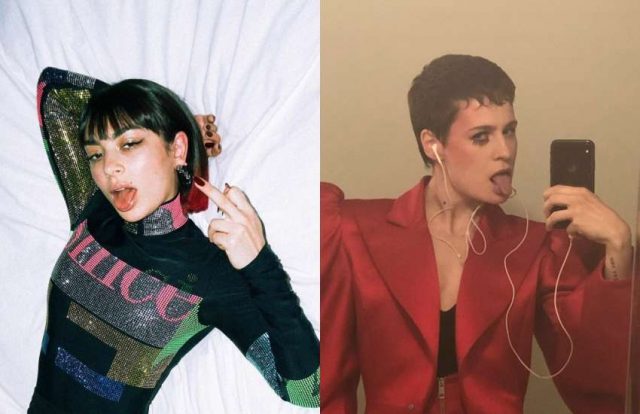 Charli XCX debuted a new track to the surprise of her fans at Primavera Sound in Barcelona last night (30 May) inviting Christine and the Queens to join in.

The unreleased song titled Gone sees the the Boys singer belt out with the pansexual, genderqueer pop queen, Héloïse Letissie.

Dozens of fans took to Twitter to express their glee at having been a part of this truly blessed collaboration.

Firstly, the jam comes hot ahead of Charli XCX’s new album. The singer has been teasing her fans for weeks about a potential follow-up to her 2017 Pop 2 project.

But between dropping this unexpected collab, Charli has sprinkled some one-off singles. Like her Troye Sivan-assisted hit, 1999 last year.

Moreover, a few weeks ago, Charli shared her Lizzo collab, Blame It On Your Love’.’ It’s actually set to appear on her forthcoming album.

Furthermore, Gone will be another track on the new album, which Charli tweeted in advance that she would be ‘performing a new song from my ALBUM tonight at Primavera Sounf with a very special guest. Guess who angels?’

Following it, hit her back with ‘SPONGEBOB.’

Check out footage for the song below:

Earlier this year, Charli vowed to drop her new material this year. However, with no official launch date set, for now all we can do it wait with breath that is bated.