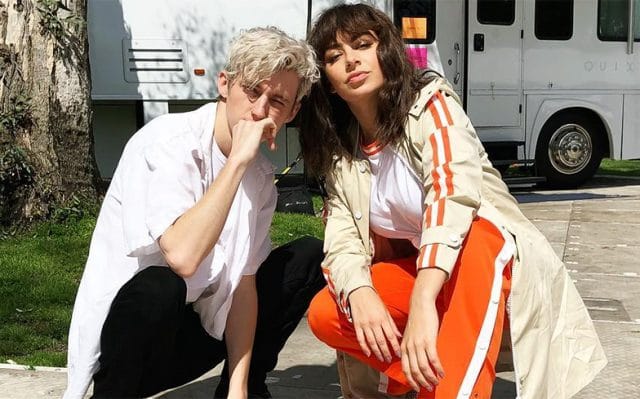 The British singer-songwriter and fan-favourite collaborated with the Aussie star last year for the nostalgic banger, 1999, which eventually became Charli’s first top 20 hit in the UK since 2015. It was also Troye’s first top 20 in the country.

Now, it looks like the duo are aiming to replicate its critical acclaim and chart success with a follow-up. Charli teased fans on Twitter: “Imagine if i made another song with Troye Sivan and put it on my album and it was even wilder than 1999….”

Troye said in response that he’s “all for tha” and then mentioned that the pair are both performing at the new LGBTQ festival, Go West Fest, which will take place in Los Angeles on Thursday and celebrate all things queer.

In all capitals, she wrote back: “TRUE… MAYBE WE SHOULD PERFORM IT FOR THE FIRST TIME ON THURSDAY NIGHT AT GO WEST FEST AND SLAAAAAYY EVERYONE WITH OUR IMPECCABLE TASTE AND TALENT???!!!!