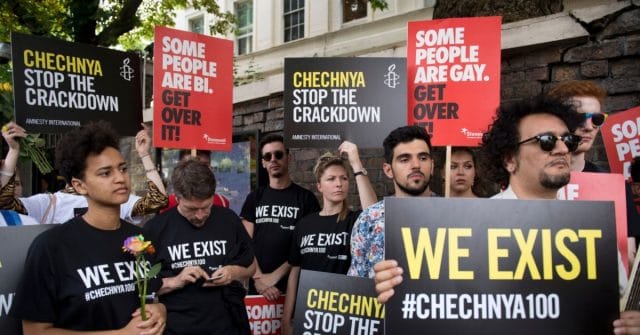 Seven people broke into the apartment of a volunteer working for the Russian LGBT Network on 17 May, the organisation reported.

The volunteer was aggressively interrogated and threatened with violence. “We will take you to the police office and will break all your bones,” they were told by one of the attackers.

The perpetrators were allegedly looking for a young Chechen woman who had escaped from the region, as well as the Russian LGBT Network emergency programme coordinator David Isteev.

“They told me to tell David Isteev that they were going to find and kill him,” the volunteer said.

Three of the assailants were identified as Chechnya and four implied they were police officers from Chechnya’s capital Grozny, but refused to provide identification documents.

They claimed they were criminal investigation officers from North Ossetia and members of “special troops” belonging to the Chechen leader Ramzan Kadyrov.

Since April 2017, the Russian LGBT Network has evacuated around 150 people out of Chechnya, with the majority settling outside of Russia.

Chechnya’s so-called “gay purge” began in 2017 when reports emerged of lesbian, gay, bisexual and transgender people being kidnapped, detained, tortured and murdered in the autonomous region of Russia.

Police in Chechnya rounded up men they suspected of being gay and held them in secret locations, where they were tortured, humiliated and starved, before being pressed for information about other men who might be gay.

Some victims were returned to their families, exposing their sexual orientation and leaving them at risk of “honour killings” by relatives.

The violence escalated at the end of 2018, with members of the LGBT community rounded up in the town of Argun, as well as a police station in the Chechen capital Grozny.

Igor Kochetkov, programme director of the Russian LGBT Network, said a “new wave” of detentions had begun, despite a sharp international outcry and Russian authorities’ repeated promises to investigate the 2017 crackdown.

Speaking to PinkNews last year, the network said lesbian and transgender women were also being targeted by Chechen authorities.

Zamira*, a transgender Chechen woman said she found out about the anti-LGBT purge in 2017. Although she didn’t believe it for a long time, she lived her life in hiding.

“I did not go out, I communicated with very few people. So I saw this information online only and like many others I believed that it was not true,”  she says, speaking on condition of anonymity. “Until the moment they started to hunt me.”

Kadyrov, the Kremlin-approved leader of Chechnya, has denied accusations of the anti-LGBT purge, accusing activists of fabricating allegations of abuse.

He has also denied the existence of any LGBT people in the region.

*Names have been changed to protect identities.