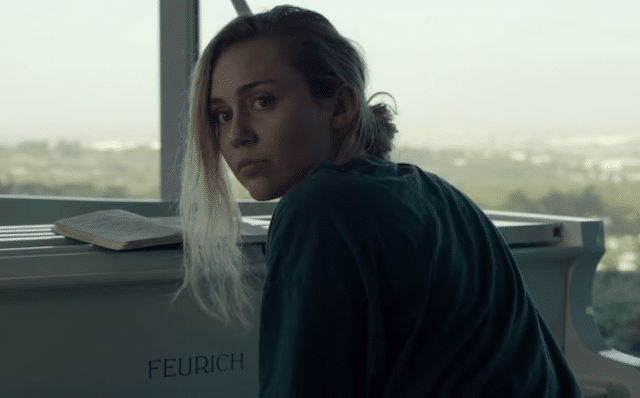 In the highly-anticipated episode, the American singer-songwriter will play a pop star struggling with mental health issues who releases a self-help robot for fans called Ashley Too.

The official synopsis reads: “A lonely teenager yearns to connect with her favourite pop star — whose charmed existence isn’t quite as rosy it appears.”

During an appearance on The Howard Stern Show last year, Miley hinted at a guest appearance on the show, teasing that she was playing a character with a “lot of different sides” to them.

“There’s a lot of dimension to it […] and it was a really weird learning experience for me because I was so far from home and the show is already really dark, and it’s already kind of eerie when you’re there the whole time,” she said.

“But I learned a lot about myself, and I think I was able to use that and put that into it.”

Miley later said that her work on the series was the “first time” she’s felt proud of her artistry.

The fifth season of Black Mirror premieres 5 June on Netflix.

Unlike the third and fourth seasons, this season will only have three episodes.

The first episode, Smithereens, will star Andrew Scott as a taxi driver “with an agenda who becomes the center of attention on a day that rapidly spirals out of of control”.

Second will be Miley’s, while the third and final instalment will feature Avengers actor Anthony Mackie and Aquaman star Yahya Abdul-Mateen II as old friends who reconnect.

Creator Charlie Brooker described it as “the Marvel-DC crossover no one saw coming”.

Watch the full-length trailer for Black Mirror season five below.