Equal marriage passed in the Australian parliament on December 9 but, thanks to the traditional 30-day waiting period, most same-sex couples had to wait until January 9 to tie the knot. (A few couples got special exemptions to marry early.)

Below, browse images from some of the first same-sex weddings from Down Under. Love wins!

Going to the chapel and we are gonna get married ???? #marriageequality #wedding #loveislove #09012018 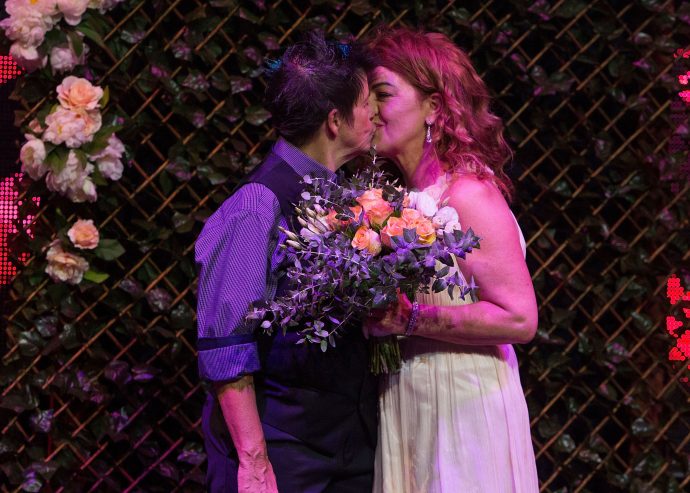 Hundreds of couples had their ceremonies at the stroke of midnight, like Gillian Brady and Lisa Goldsmith (above) who were wed at The Court in Perth. 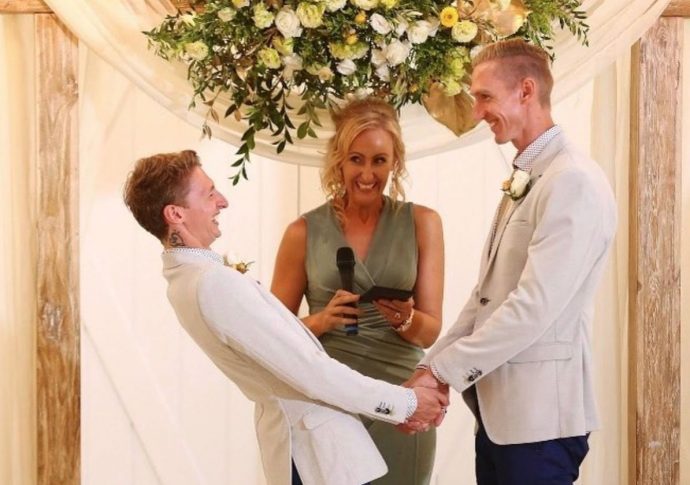 Australian Commonwealth Games sprinters Craig Burns (above, right) and Luke Sullivan were wed at Summergrove Estate in New South Wales at 12:01am, timing it so the official, legally binding words were said once the date turned over. 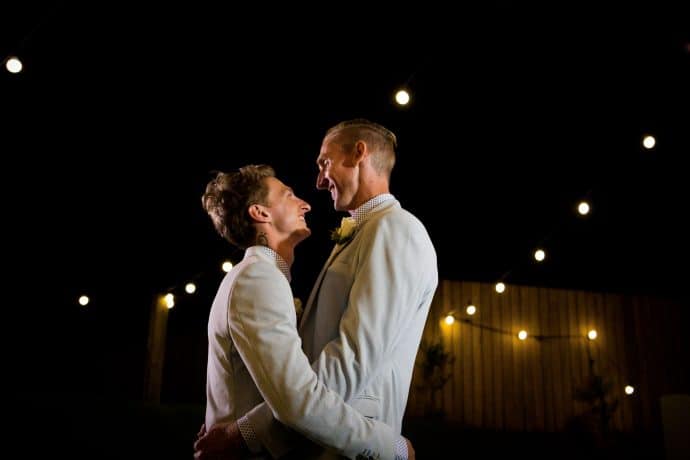 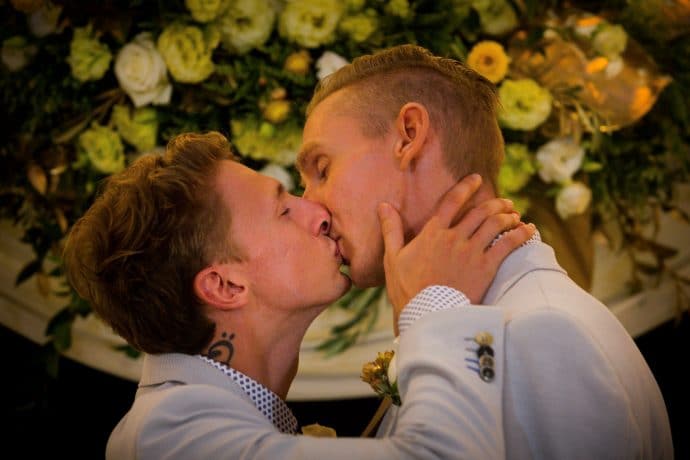 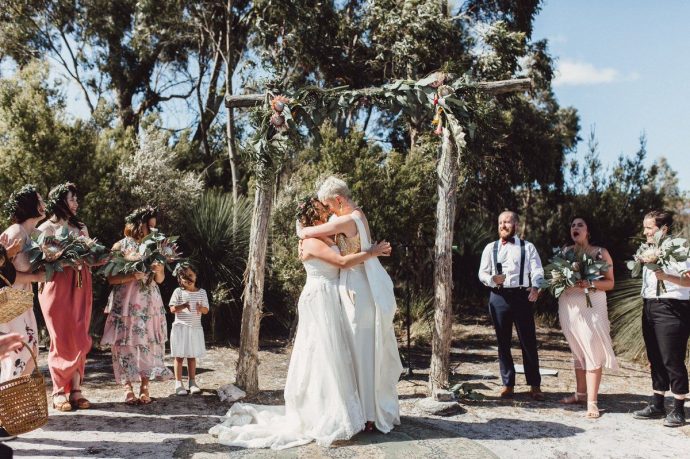 ? G O O D M O R N I N G ? Happy 9th of January – for those playing along at home, it’s the first official day Same Sex Marriage is legal in Australia! *applause* Overnight, two very special brides got very specially married in some very special @gingerandgoldbridal outfits! They were wed at an epic party thrown by some of the wedding industries finest, all in the name of love and equality! We are so teary and happy to have been apart of history in this way and can’t wait to see more epic photos from @christianmarcphotography! Have a great day everyone! ❤️ @thealtarelectric @gooddayrentals_vintage @mahatiamercy @teeganandco @lovekittypimms @lunar_red_films @goodgraceandhumour @fatandskinnycatering @notelmelbourne @ferdydurkebar @katemakeupart #realbride 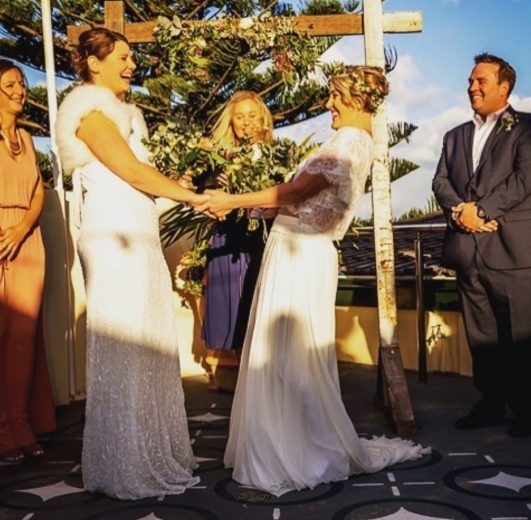 Not a dry eye in the house! History made right here in #lennoxhead So much #love and so blessed to be part of Jane & Nicola's long awaited day! X X #samesexwedding #gaymarriage #gaywedding #Yes #legaliseit #loveforall #marriageequality

Congratulations Michael and Edward ❤️???? We were thrilled to host your wedding this morning! #loveislove #wedding #weddingwollongong #wollongongwedding

A post shared by Lagoon Seafood Restaurant (@lagoonrestaurant) on Jan 8, 2018 at 2:44pm PST

One couple, Ron van Houwelingen and Antony McManus, had been together for 30 years—and have had more than a dozen commitment ceremonies. But their wedding Tuesday at the David Williamson Theatre at Melbourne Polytechnic in Prahran was the first one to make them legal spouses. The men met at the school as students in 1987.

“Ron, together we fought for this,” McManus said in his vows. “And, darling man, we won.” 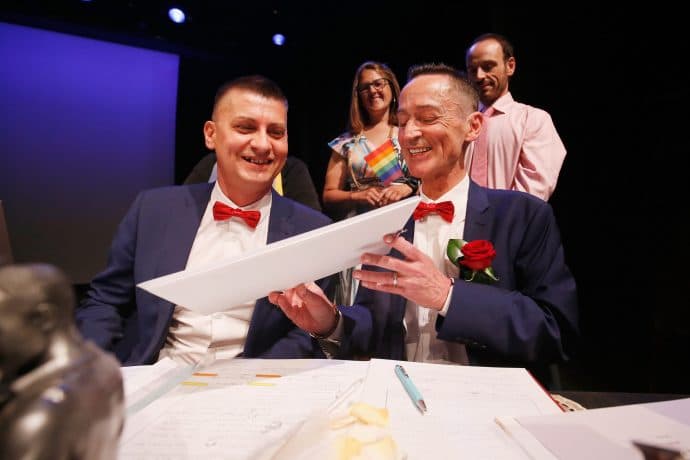 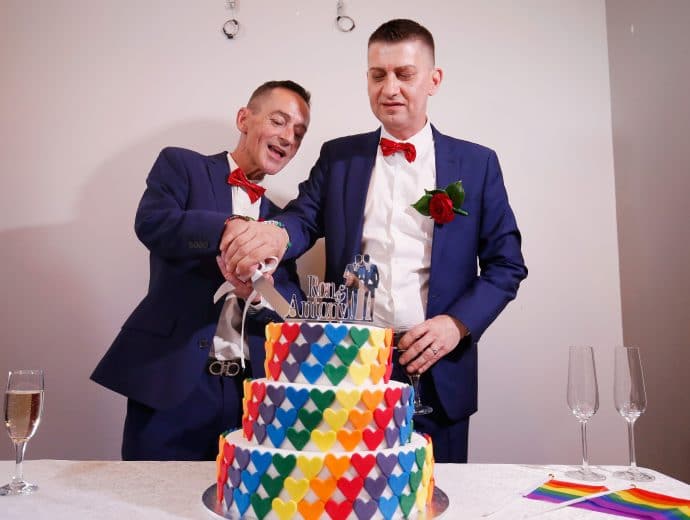 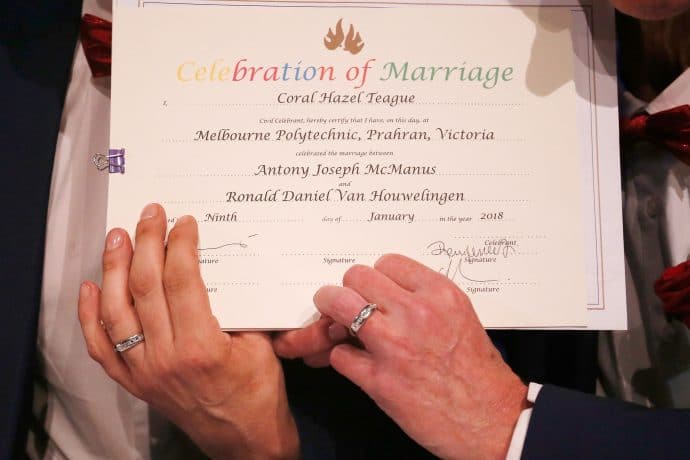