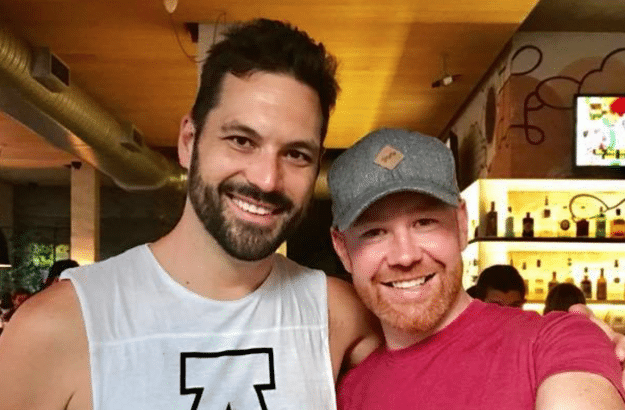 Shortly after Australia voted “yes” to marriage equality, a Melbourne-based man named Mark Keevers showed up to cheer on his boyfriend Andrew at his water polo match.

But little did Andrew know what surprises were in store!

When the game ended, Mark approached Andrew wrapped in a rainbow towel. And as the couple drew close, one of their favorite songs, Jess Glynn’s “Hold My Hand” started to play.

It was then revealed that Mark had arranged for Andrew’s Melbourne Surge teammates to spell out the words “Marry Me” on the back of their speedos.

Mark then gave an emotional speech before he presented a ring, and asked his partner to marry him.

What a cheeky, and sweet surprise!

As marriage equality draws nearer, we’re so excited to see one of our own be amongst the latest members of the LGBTIQ community to get engaged! Congratulations Rusty & Mark! We’re honoured to be part of your special moment following our Water Polo Victoria game this evening at MSAC – Melbourne Sports and Aquatic Centre. #equality #melbournesurge #yes

“He is just everything.

“He has this passion for everything he does. We have the same values, and want the same things, it’s perfect.”

Commenting on the postal vote, he added:

“The Yes result is completely validating. To see that people in my own country see me as legitimate and the same.”