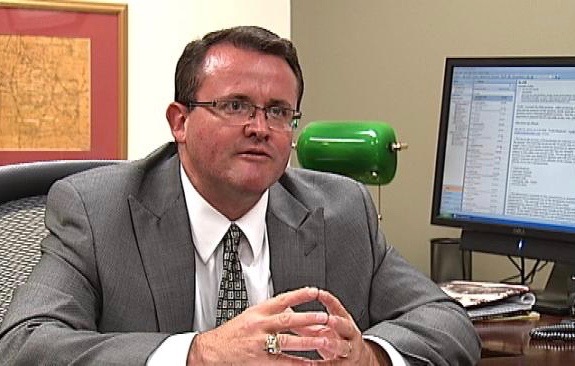 The attorney general of the largest sovereign tribal nation in the US says the prohibition is contrary to the Cherokee constitution.

The attorney general of the Cherokee Nation, the largest sovereign tribal group in the US, is calling the tribe’s same-sex marriage ban a break with the constitution.

Attorney General Todd Hembree released his opinion last week In it, he argues two provisions of the 2004 Cherokee Nation Marriage and Family Act are unconstitutional.

‘The constitution affords these rights to all Cherokee citizens, regardless of sexual orientation and the Cherokee Nation, or any subdivision, must recognize validly issued civil unions, same-sex marriages, and same-sex domestic partnerships from other jurisdictions,’ Hembree’s opinion says, according to CNN.

According to 8 ABC Tulsa, Hembree wrote the decision after being contacted by the Cherokee Tax Commission. A recently married woman applied for a identification card from the tribe. Her spouse was a woman and the commission wanted to know if same-sex marriages were recognized.

The opinion goes into effect immediately. While it can be challenged by other Cherokee officials, Hembree told 8 ABC he doesn’t see any reason why any would.

Chad Smith, who was tribal chief in 2004, approves the change.

‘…Our constitution incorporates the provisions of the US Constitution, and the Supreme Court (of the United States) has since made its ruling,’ Smith said according to CNN.

In 2015 June the US Supreme Court voted 5-4 in favor of marriage equality, with Justice Anthony Kennedy writing the majority opinion. That opinion covered all 50 states.

Don Garvin, a supporter of the ban, expects the tribal council to discuss Hembree’s ruling.

‘We’ll have to get together and talk about it,’ Garvin said.
There are 317,000 citizens in the Cherokee Nation. In the US, indigenous tribes are permitted to govern themselves.