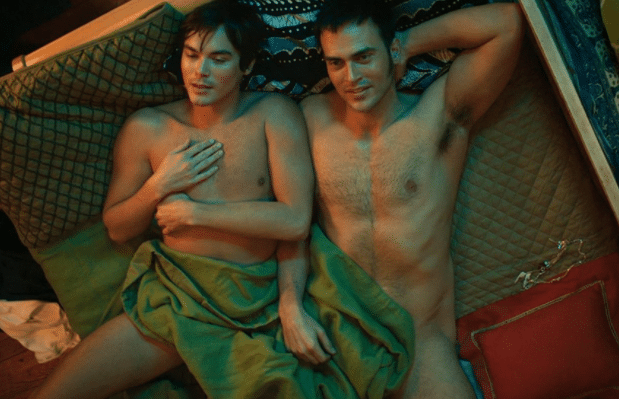 Cheyenne Jackson has decided to get nude once again, and this time he’s singing while he’s doing it.

The 30 Rock star appears in new indie musical Hello Again, based on the hit off-Broadway play.

Playing Robert (also known as The Writer), he has relationships with many of the other characters.

Cheyenne Jackson bares all for sex scenes in movie musical 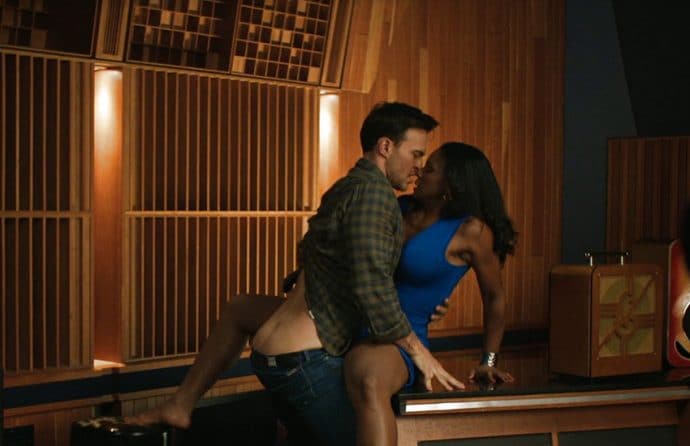 The plot sees ’10 lost souls are followed through 10 periods in New York City history, falling in an out of relationships with each other’.

In one scene, Jackson gets intimate with another man.

Recently, while promoting Hello Again, Jackson admitted he has his own experiences of sexual harassment in the entertainment industry.

‘I I have felt like a piece of meat so much,’ he told SiriusXM Progress.

‘And part of it, you start to think, like, maybe it’s – because the first couple of parts I did are so based sexually on how I look ― and is it my fault?

He further opened up about personal experiences and observations about Hollywood.

One time when he played Elvis on Broadway he faced particularly forward fans.

‘I remember playing Elvis on Broadway and then afterwards, at the stage door, women like, fully putting their hands down my pants,’ he said. ‘And grabbing my leg and grabbing my butt. It’s like, “Because you’re playing Elvis I’m allowed to touch you and grab you however I want.”‘

Within the industry, he commented he hasn’t ‘felt personally victimized’. However, he also said he’s glad ‘this lid has blown up, because things are changing’.

Hello Again is now available to rent on YouTube and on Google Play.