Home Gay Stars Cheyenne Jackson wonders if people are sick of photos of his adorable... 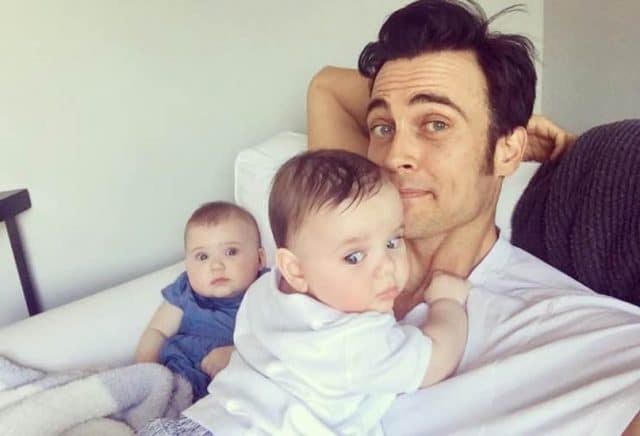 American Horror Story star Cheyenne Jackson’s Instagram account has been taken over in the last six months by an adorable pair of twins named Willow and Ethan.

‘Sometimes I think “Is this too much?”‘ Jackson confesses to Gay Star News.

‘But we experience so much joy on a daily basis. If people can get a fraction of what I get to taste all day long, it’s pretty great.’

The Broadway, film and television actor and husband Jason Landau became parents just over six months ago when the fraternal twins were born.

The twins are just now starting to sleep through the night.

‘We’re all in,’ Jackson says. ‘I took six months off and been a stay-at-home dad and it’s really amazing. I wouldn’t want it any other way.’

As adorable as the many Instagram photos of the twins are, Jackson says real life is even better.

‘We had a family reunion (recently) and we all sat in a circle around them and just stared at them for five hours because it’s what you do.’

He is easing back into work with a recurring role in the upcoming TV Land series American Woman starring Alicia Silverstone, among others.

‘Everything is different,’ he says of life these days. ‘Everything is having to do with parenthood and kids. It’s so personal.’
Below is a sampling of the proud daddy’s posts on Instagram.

My ❤️❤️'s turn 6 months old today. Every day is my favorite day with you two. Here WE go.

penny for your thoughts?

When he's the most handsome to me.

I guess no nap for me either, Ethan. #EnergeticMonkeyBoysDontNeedNapsApparently