Shane Sleeper reportedly planned to gun down members of his local LGBT community at gay bars.

Police in Illinois have located a suspect accused of planning terror attacks on gay bars after mistakenly releasing him from jail.

Shane Sleeper, 31, was initially arrested by police in February and has been held in jail since then. Originally, he faced misdemeanor charges of obstructing and resisting a police officer. The state attorney’s office later dropped those charges, but only to streamline the process of charging Sleeper with a felony for making a terrorist threat. (Previously, Sleeper had announced plans to “[make] Orlando come to Chicago” by gunning down members of the LGBT community at Chicago gay bars.) 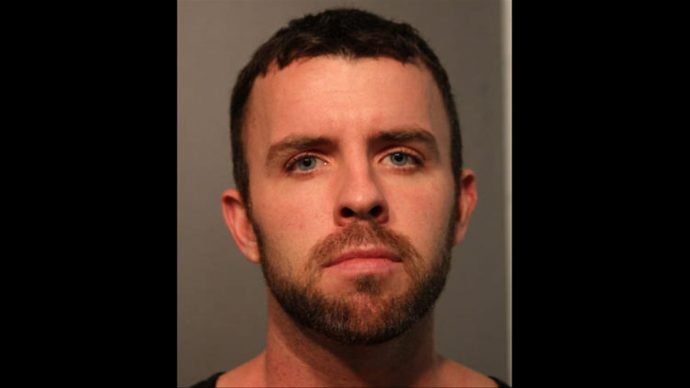 But wires were crossed when the attorney’s office failed to notify local police of the reason behind the change—and when jail officials saw that Sleeper’s misdemeanor charges were dropped on May 1, he was released from custody.

“We were never notified by the State’s Attorney’s office or the Chicago Police Department that he was to be indicted on felony charges,” a spokesperson from the Cook County Sheriff’s Office told NBC Chicago.

Local authorities quickly banded together once news of the mishap came to light, and Sleeper was tracked down this afternoon, less than two days after his accidental release. He was arrested without incident around 12:30pm on Chicago’s North Side, reports The Chicago Tribune.