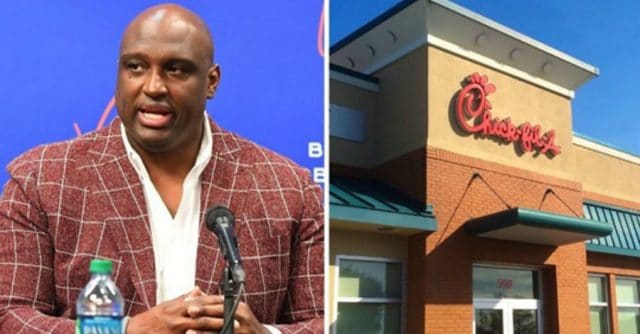 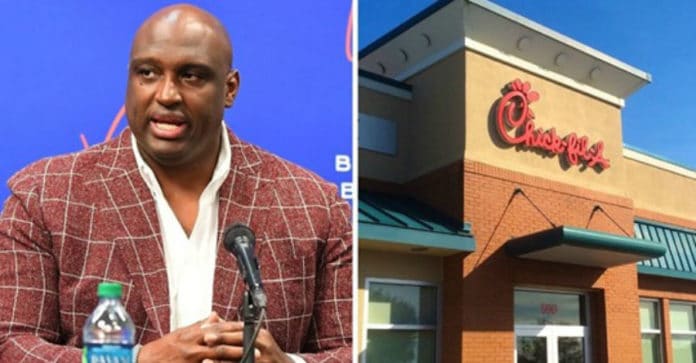 The popular fast-food restaurant Chik-fil-A has a long and very well-known past of donating money to anti-LGBTQ+ causes.

The organization has been called out and boycotted for their intolerance several times throughout the years, and the company has offered apologies and regrets over their past stances in response.

Reports have revealed, though, that Chick-fil-A has continued to donate to anti-LGBTQ+ organizations, and the company’s Vice President of Corporate Social Responsibility, Rodney Bullard, defended these donations and said that they were “relevant and impactful to the community.

When asked about the donations in an interview with Business Insider, he said that “the calling for them is to ensure that they’re relevant and impactful in the community and that they’re helping children to be everything they can be”.

He added that the calling is much higher than any political or cultural “war that has been waged”, and that this is about a problem that is present in the lives of many children who can’t help themselves. 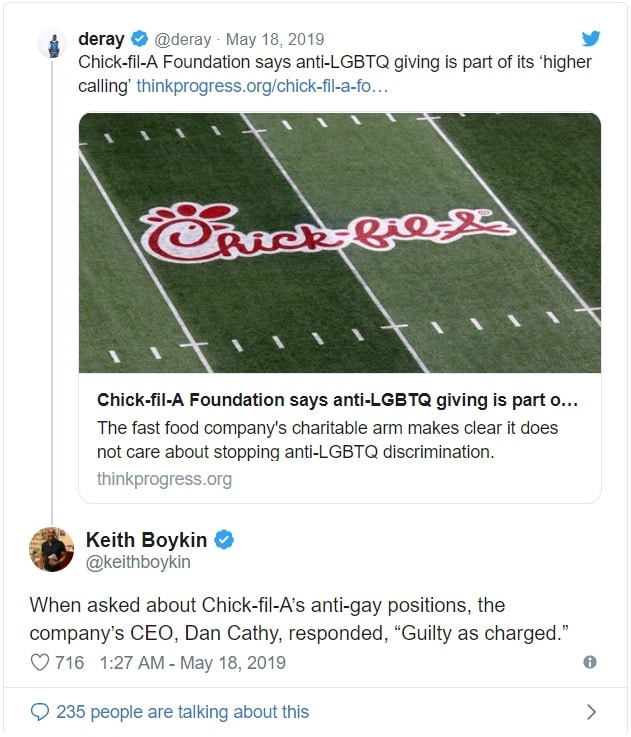 The implication of his statement is that LGBTQ+ couples make worse parents than straight couples, even though this has been proven false in many studies. He is also ignoring the fact that LGBTQ+ youth are also harmed by the company that desires to help youth. 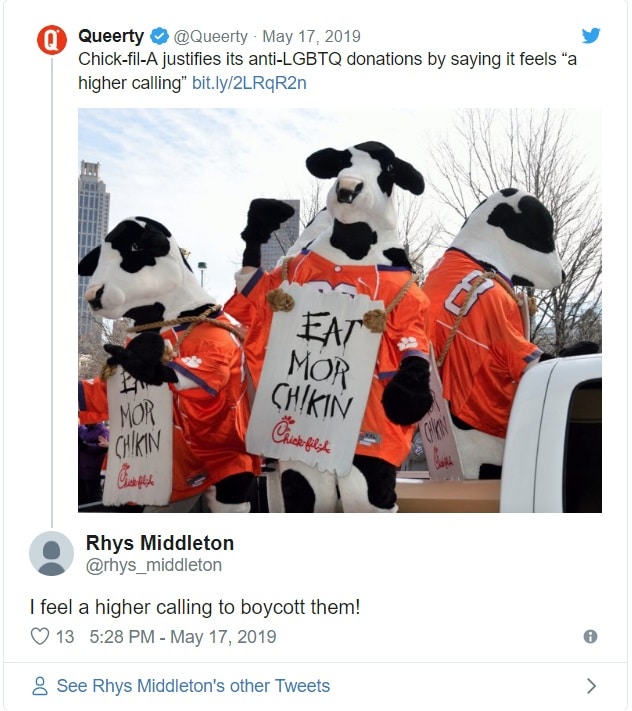 The company has also failed to include any protections from discrimination of their employees, and has scored a “zero in the Human Rights Campaign’s annual buyers guide”.