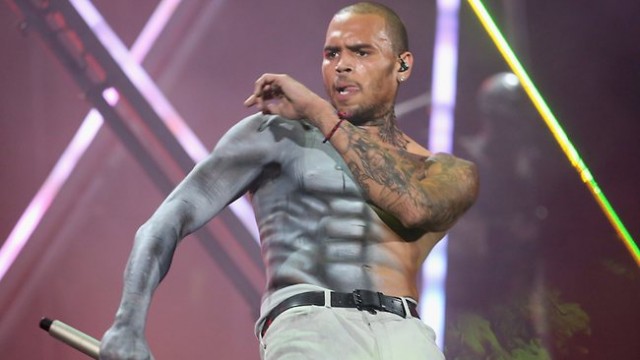 After posting a photo on Instagram of him and out gay French fashion designer Olivier Rousteing, fans of Chris Brown reacted.

#chrisbrown #thegame cussing people out in our comments lol pic.twitter.com/QO29GYi8og

The singer was not pleased with the commentaries and he reacted: ‘The crazy thing is that y’all used to call me homophobic… Now y’all calling me gay???? RESPECT IS RESPECT. WHO STILL HATES PEOPLE FOR THEIR DIFFERENCES OR PREFERENCES??? Grow up. People are abundantly simple-minded. “NIKE X OR,”‘

Rapper The Game came to suport Chris Brown: ‘Lol.. People kill me homie !!! Because two successful people take a quick photo opp together & one of them is gay/or not that means the other person is gay too !!! This guy is the head of BALMAIN…’
The Game added: ”Most of you n****s ain’t even employee of the month at wing stop, uncomfortable in your own skin using HATE to hide behind your own insecurities… & everybody know this n***a Chris ain’t gay & all you n****s listen to his music while yo broke ass ridin’ shotgun in yo girl car so [Cut] the bullshit & let people live.’